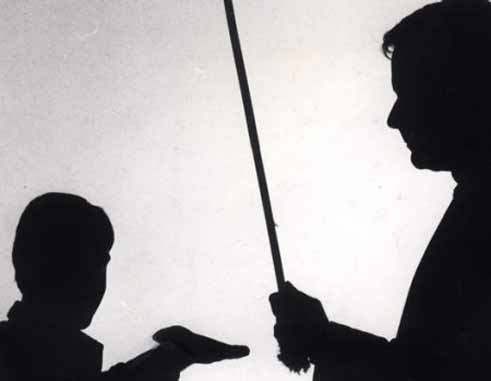 CORPORAL punishment in schools provides exposure to negative conditions that cause stress for our students. The environments in which many of our children live today are very hostile; many homes and communities are not friendly at all. Schools should be a place of refuge for our students.

Indeed, those stressful conditions create difficulties for parents, teachers, members of the community and the children themselves. Exposure to violence in the family and in school leads to changes in brain functioning and could increase risks of aggression.

As a student myself, I can attest to that principle. When my teacher released the leather belt in my back several times because I difficulty in understanding a concept he was teaching, negative thoughts came bombarding my brain, and it was shear obedience that kept me from retaliating.

The Education Act of 1977, revised in 1997 and 2006, makes provisions for the use of corporal punishment in schools. Section 50, subsection 1 states: “In the enforcement of discipline in public schools, assisted schools and private educational institutions, degrading or injurious punishment shall not be administered.”

Subsection (2) states: “Corporal punishment may be administered where no other punishment is considered suitable or effective, and only by the principal, deputy principal, or any teacher appointed by the principal for that purpose, in a manner which is in conformity with the guidelines in writing by the Chief Education Officer.”

Were guidelines ever written? Was a Teaching Service Regulations handbook ever written to ensure that students were not abused? The Act clearly states corporal punishment may be administered where no other punishment is considered suitable or effective. I am very unhappy with that clause! There are countless forms of positive measure of disciplining students. We simply have to identify those measures.

One measure is limiting opportunities for misbehaviour. By that I mean as classroom teachers, we are to reduce students’ access to the situations in which problematic behaviour is likely to occur.

Only a few days ago, my grandchildren came home with a complaint and a detention slip form a top secondary school on island. I listened attentively to the report from my boys. The story goes as follows:       The students were without the subject teacher who didn’t show up for the class. This had been a common occurrence at the school. For example, the agricultural science teacher often did not show up for the class in the previous term. In the most recent case the students were engaged in very meaningful activities. One of the boys used a few students to play chess, and the other went on to the school court where he was engaged in a sporting activity with some lower form boys. Both boys were punished. The Dean of Discipline confiscated the chess board and the other came with a detention slip which the parents had to sign, since the detention was to take place the following day.

Indeed, we made it clear to the school that we were not going to sign the detention slip nor was it going to be returned to the school, and we gave the reasons for our action.

Now chess is a concentration game that the school itself promotes. And the boy who was on the court is an ardent sportsman.

The very important point I wish to make here is that the Dean of Discipline was very quick to act. But who is going to discipline the teacher or teachers who do not show up for their instructional programmes in the classroom?

Adolescents by their very nature could become very restless if they are not meaningfully engaged. It is the duty of the school to ensure that opportunities that promote negative behaviours do not occur or manifest themselves.

Education is at an advanced stage in the world today. Some of the concepts being promoted include “Child Friendly schools”, or schools that are inclusive, healthy and protective for all students. There is “Cooperative Learning” which is an educational approach which aims to organize classroom activities into academic and social learning experiences for students. In a subsequent article, I will outline some other approaches which could be adopted successfully in schools.

However, from an administrative standpoint the Minister and Education Ministry ought to engage the Stakeholders or interest groups in the processes. And there are some very important ones including teachers, teacher’s representatives, parents, members of the community, and the students themselves.

A lot more could be accomplished when we talk to those who matter in a situation. Those who have a keen interest in important events taking place in the country which would affect them ultimately.

It is not too late for the Minister of Education to initiate such discussion on the matter of the Abolition of Corporal Punishment in schools in St Lucia. A tremendous amount of good could come from the process.