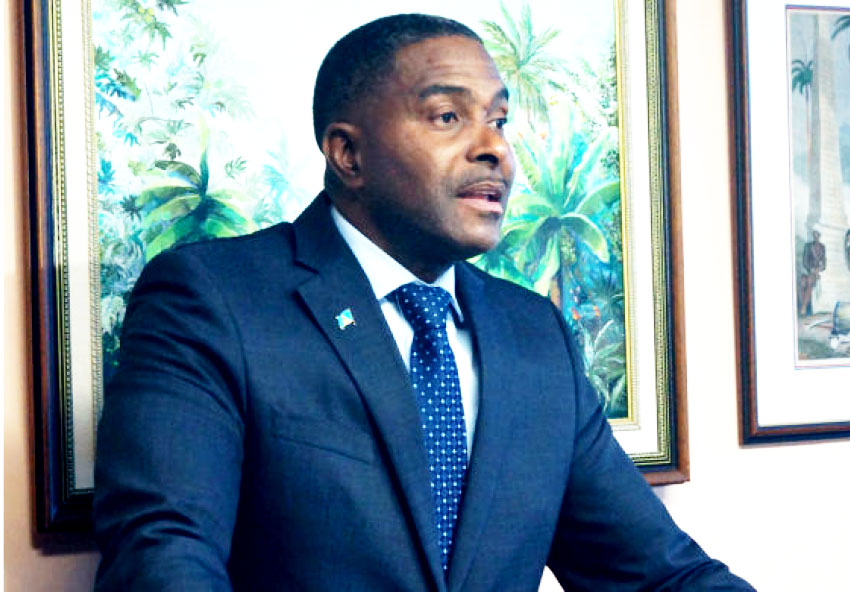 “He who put his privacy on the line also put his life on the line; and so long as we are in the business of putting things on the line, we should expect a bit of dirty laundry to get exposed in the process.”

St. Lucian politics have become a reality show. The best politicians are not the most qualified ones, but rather the most entertaining. If we observe American politics for a moment, we will see that Donald Trump may possibly go down in history as America’s most popular president; and that is simply because of his ability to entertain. Bill Clinton will also be remembered for entertaining the world with his White House ‘blues’.

In local politics, Senator Dr. Ubaldus Raymond will certainly be remembered for the entertainment in which he has been involved. Many persons have been amused and humoured by what has been happening, but in spite of all the laughter and ridicule this is a serious matter. There are a number of lessons to learn from all this. Nowadays, politics have been so stigmatized with scandal that private individuals shun the idea of ever running for public office. It is said that one would have to be either courageous or unscrupulous in order to survive as a government minister. This is said in accordance with the concept that politics will tarnish the reputation of anyone who dares to play the game.

Before one considers the idea of becoming a politician, one would have to look back in retrospect at their entire past, and reflect on every private phone conversation that one has had, or private email or text message that one has ever sent; for we never know what sort of things might come back to haunt us. Public office has become the perfect place for anyone to be haunted by the past, present and future. As a result, there are very qualified persons in our society who would be excellent at governing the country but would rather not, considering they lack the mettle that is required to face the pressures of governance. Their excuse is that they would like to keep their lives private. So… we end up with those persons who are said to put their privacy on the line for political or personal gain. He who put his privacy on the line also put his life on the line; and so long as we are in the business of putting things on the line, we should expect a bit of dirty laundry to get exposed in the process.

The game of politics has been played for centuries by those with strong religious and moral convictions, which have placed formidable constraints on liberals and secularists. Those who played the game then were just as corrupt as those who play it now, and their corruption was either exposed or concealed by their level of skill. Could it be the game which has changed, or the players, or human consciousness which causes political defects to be more pervasive? Perhaps not; for it may simply be the ability that technology has given us to capture, replay and reproduce past events, such as audio clips. Regardless of the changes we still dictate that people in public office should be upright; and whether or not those in public office are confused about what this means, there is no doubt that certain male members are accused of standing upright at inappropriate times, and for the wrong reasons.

Whether politicians are upright or right up, the fact is, politicians are generally perceived to be crooked, and are therefore expected to be. This is another reason why certain people shy away from the game of politics. But if politicians are expected to be crooked, why do people pretend to be so surprised when crookedness, nude pictures, or sensual conversation clips are exposed? What are the criteria for becoming a politician anyway, besides popularity and academic achievement? Where is it stated that a politician should have virtues? And if it is in fact stated anywhere; how can the necessary virtue be proven? Perhaps the game of politics is played best by those with the greatest hypocrisy or discretion; or maybe the game was deliberately designed to be as gruesome as it is, in order to keep the majority away so that only a handful can play the game. One thing we know for sure is that politicians are people like every one of us, with all our flaws and imperfections. It is good that we are hard on politicians, but we must learn to be just as hard on ourselves sometimes. Politics or public life will not bestow on us the qualities or virtues that we are lacking. Instead, we bring into politics all the tendencies and negatives that we do not address in our own private lives. And the game of politics will definitely accept everything that we choose to play it with. In the end, politics remain as pure and fresh as the spring breeze; it is only the players that get burned.