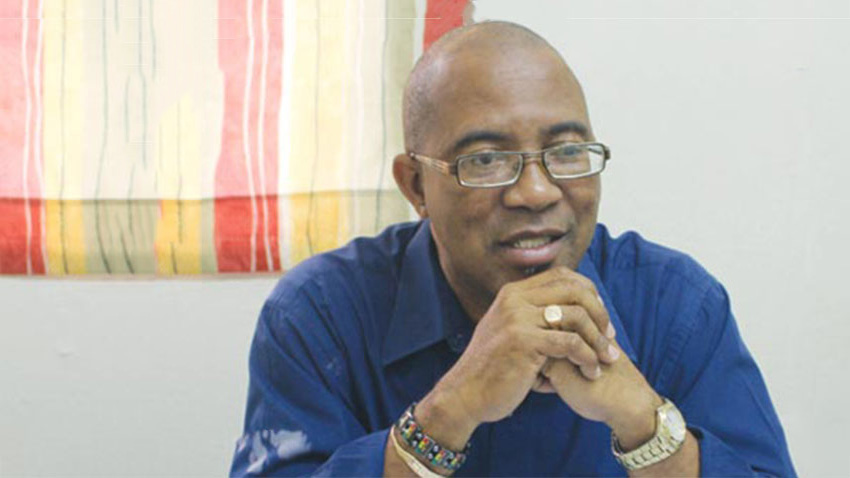 Violence, it has been said is liquid, in that if it gets somewhere to flow it will… much like water. These days, seemingly without any measures in place to stop it, it flows. From Marchand to Central Castries, to Gros Islet, Vieux Fort and everywhere in between, the water damage is apparent.

The recent surge in violent acts of criminality these past few weeks, even during the Easter weekend when the nation’s Christians were reflecting on the death and resurrection of Jesus Christ and what these events, which occurred over two thousand years ago meant to them, has left many families grieving.

It would seem that those performing these acts of criminality are getting bolder and bolder as was seen just five days ago when Chad Ramsay, 33, of the George Charles Boulevard, Marchand was shot and killed in broad daylight on Broglie Street in Castries.

It has been said over and over again, that Saint Lucia is in need of a programme of social and moral renaissance.

Many times, our editorial page has appealed to the government of the day and the political parties to take the lead in steering the country to the restoration it needs through a programme of social and moral renewal.

It would appear that no government has been able to deal with this in entirety, though various programmes, and even a crime symposium have popped up in recent times, the latter aimed at collecting the best ideas on how to deal with crime in the country.

The problem it seems is the lack of will on the part of past and present governments and political parties to do what is necessary to eradicate or minimise criminal activities on the island, particularly violent acts like shootings, stabbings, rape, theft, etc. All these incidences often lead to murder and untold damage to life and property.

Reflecting on the Crime Symposium held by our sitting government; what has happened since? Have the authorities implemented any of the ideas or suggestions coming out of it?

Where we are now, in terms of crime, is nothing new. The country has been here before. Many people have debated, and written articles like this one on crime, urging the authorities to do more, criticising government and the police in the same breath for not effectively combating this scourge. It will take time, I know, but forward movement must occur in the direction of restoring peace.

Clearly some, if not most of the strategies put in place by the authorities to fight crime are not working. This does not augur well for the future of our country. At the present time, there is need for clear cut plans to restore the country to one that is safe for all – visitors and citizens alike.

Let’s be reasonable here. If criminality continues to go unchecked in the land then we might as well say goodbye to the standard of life we have as our main income earner, which is tourism. If tourism goes, it will take with it a whole lot of things we depend on and take for granted, like a chance at acquiring sound secondary education for instance. That could be jeopardised if tourism fails as there would be less money in the kitty, a situation that would cause government to hire less teachers than before.

One way of dealing with this outpouring of criminality is to put in place leaders with vision, conscience and morals. As a nation in trouble, we cannot continue to have leaders who continue to bring the country and its people into disrepute, either through their indulgence in harmful or immoral pleasures outside the walls of government or when within the walls of government, perpetuating corruption either through bribery and other violations of the Minister’s Code.

Every sector of the country has its own fair share of problems. The country has slipped into a state of moral and social decay, there is no denying that. However, the truth is, we can still fix the breakdown. All is not lost. Leadership is what we need – firm, honest, honourable, conscientious, righteous and moral leadership.

Over to you Prime Minister Allen Chastanet!