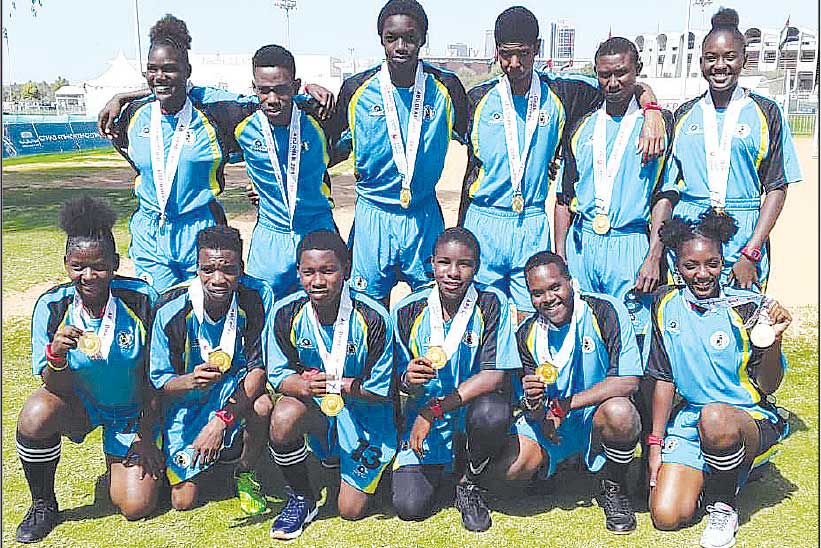 Just one month after celebrating Saint Lucia’s 40th Anniversary of Independence from Great Britain, Saint Lucia’s Special Olympic Team has given the nation something special to smile about.

Though being marginalized when it comes to financial support, the team returned home to a Hero’s welcome on Saturday 23rd March 2019 at the Hewanorra International Airport (HIA) after one week of competition while participating at the Special Olympic Games in Abu Dhabi (March 14th-21st).

Like previous SOG, Team Saint Lucia gave a good account of themselves winning gold in football, silver in Track and Field, gold and bronze in Bocce.

What more can one ask for from our Special Olympians?

On hand to welcome the athletes at the HIA VIP Lounge was Saint Lucia’s Prime Minister, Allen Chastanet.

In addressing the athletes, coaches, Special Olympic Committee and parents, the Prime Minister said, “There is no greater gift that Saint Lucia could get for its 40th anniversary of  Independence  than knowing that we have so many champions in the room.”

“Congratulations to all of you, on behalf of the Government and People of Saint Lucia,” noted the Prime Minister.

Chastanet called on Saint Lucians from all walks of life to celebrate our champion team.

He also took the time out to thank those who provided direct support to the team, including the parents.

Chastanet said, “We keep saying that there is no way we can achieve anything in life if we don’t have that family support. These are the values that we need to encourage as Saint Lucians. I congratulate all the counsellors and chaperones that were on this trip for giving of your time.”

Meanwhile, Team Saint Lucia captured goal in the mixed football competition in Group 3 when they came from behind and defeated Portugal 4-1.  The goal scorers for Saint Lucia were Alec Pierre in the 22d minute, Austin Jeremie in the 24th and 25th minutes and Jean Paul Isidore in the 28th minute.

Portugal scored in the 18th minute.

On their way to winning the goal medal, Saint Lucia defeated Canada 2 – 1 and Sweden 3 – 0.