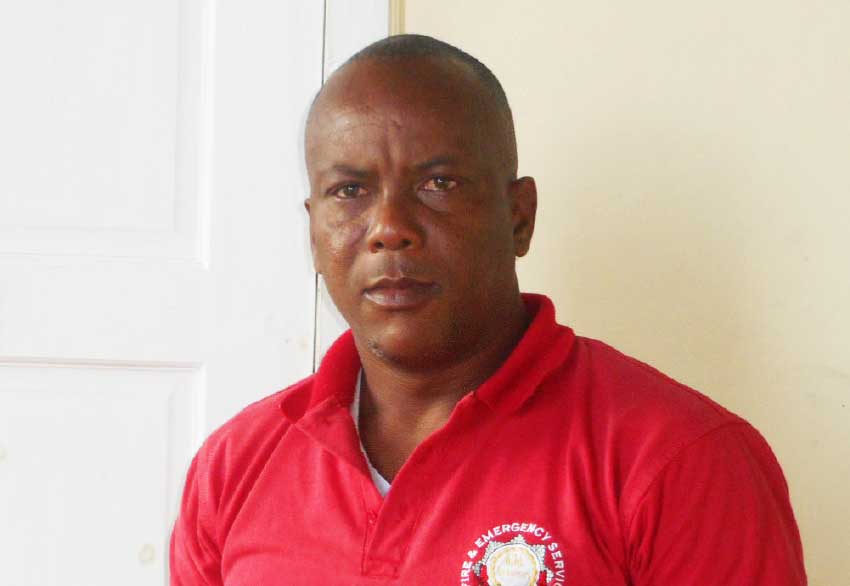 THE Saint Lucia Fire Service has undertaken a drive to recertify some of its ranks on airport rescue and firefighting.

In an interview with this reporter, Divisional Officer of the Saint Lucia Fire Service, DitneyDownes described the recertification agenda as very important, adding that it is an international requirement.

“We have to keep our skills current…” Downes said.

The divisional officer said according to international regulations, firefighters must undergo such exercises every 24 months. Drills include live fire training which can involve simulations of the experience associated with an aircraft crash.

“The fire department has a responsibility to follow such regulations and that’s what we are presently doing,” Downes said.

He said the firefighters who are targeted to do the programme which is presently taking place at the Saint Lucia Fire Service Training School in Vieux-Fort, are those who work on the airport and those who have undergone aircraft firefighting training. He said that number amounts to 85 percent of the fire department’s population.

According to Downes, upon competition of the programme, the officers in charge of the various shifts will attend a workshop to deal with the shortcomings of the programme. He said this will be done in order to ensure that the officers are competent to perform the duties for which they were trained.

“Aircraft firefighting is a specialized part of firefighting… so over the years, we have developed a core of competent fire fighting instructors in Saint Lucia,” Downes said, adding that Saint Lucia’s basic firefighting program is one of the best in the Caribbean.

He said the firefighters have shown immense interest in the programme which will be an ongoing exercise.