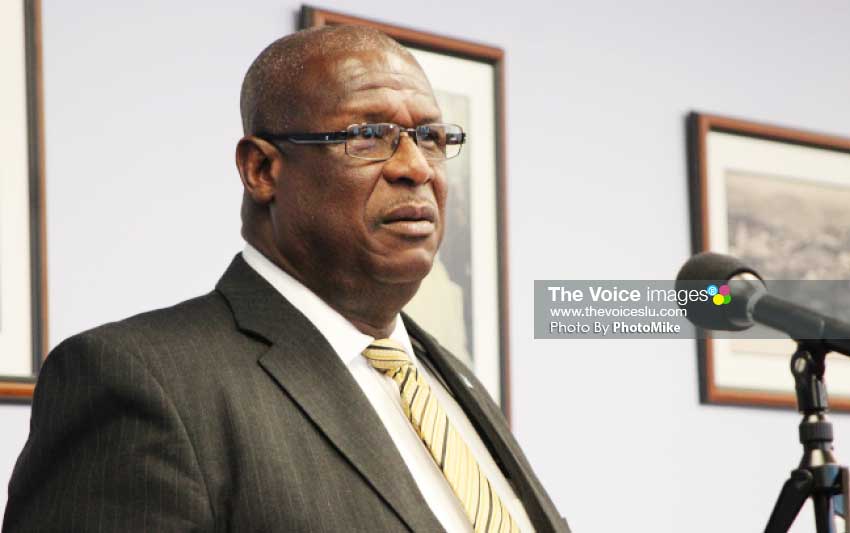 IS last week’s strike action by members of the Fire Service Association a violation of the collective agreement between themselves and the government?

Labour Minister Stephenson King believes so claiming that it violates article 32 of the collective agreement.

According to King article 32 states thus:

“When any grievance arises, there shall be no interruption of work or other violation of this agreement of any kind on account thereof, but the same shall be settled as promptly as possible in the following manner.”

“I believe the officers violated the agreement because it calls for not interrupting the work of the fire service,” King said.

Shane Felix, Chairperson of the Association, disagrees with King. He said grievances were never promptly settled therefore there was no violation of the collective agreement.

The Fire Service Association gave notice of strike action to the permanent secretary in the Ministry of the Public Service via letter. King told reporters yesterday that he saw the letter and as far as he was concerned the contents did not make a case for industrial action but drew attention to old issues.

“The letter drew into the mix of things the issue of what I considered to be old wounds dating back to 1996,” King said.

He met with the Fire Service Association executive last Thursday night during which time a number of issues were raised.

King said that out of the several issues raised five were selected to be dealt with immediately, two of which have to do with SLASPA.

The five issues were reclassification, re-grading and promotions policy; payment of honorarium to fire officers who are performing duties above their ranks; policy on transfer and relocation which they had been exempted from; review of existing legislation and waiving of drivers licenses to authorized drivers by the department.

“In each case I indicated to them that some of those can be initiated immediately but we cannot have a determination made in the short term as some of them may call for consultation, some call for policy changes and legal changes, for example the matter having to do with existing legislation. That is a legislative matter which needs drafting, consultation, and reviews. Reports need to go to Cabinet and parliament so that would take some time,” King said.

The Labour Minister who is also responsible for Ports said that at Thursday night’s meeting he gave the Fire Service Association full commitment that the installation of foam tanks at the airports, something which the Association called for would be done. He told reporters Monday that SLASPA is in the process of facilitating the installation of the tanks.

“After the meeting Cabinet will be in a position to determine the next course of action and the timeline within which we could proceed with those actions to bring some resolution,” King said, adding that all the grievances of the Fire Service Association should be decided upon once and for all so that the department could move forward with a clean slate.

The executive of the Fire Service Association met with the Government Negotiating Team yesterday but that meeting was short-lived. The VOICE learned that the government team called on the striking firefighters to return to work so that negotiations can continue since they (members of the team) cannot negotiate under duress.

“I think I have had a very good rapport with those officers and if you were to look at some of my speeches from the past you would notice that I always talked about the fire service as being an entity that needed to be taken special care of and I played my part to the best of my abilities,” Francis said.

According to him in the past two years government had employed 80 fire officers while 50 of them were promoted and a fire chief and deputy appointed.

“Several officers have received specialized training both locally and overseas. Never before has that number of officers been able to go overseas for training. All stations have been renovated and safety procedures have been enhanced. Furniture and equipment were given to all police stations,” Francis said.

The Home Affairs Minister said that given the type of rapport he has with firefighters he was surprised they would take that sort of action without having discussed the matter with him.

“Yes, some of the issues of the fire service are pertinent and pressing and must be addressed, and we will address them, but none of these issues are life threatening,” Francis said, adding that by firefighters withdrawing their services the incidents occurring that would require their services, could very well become life threatening. He gave the example of someone being trapped in a vehicle over the weekend needing the services of the fire department to no avail.