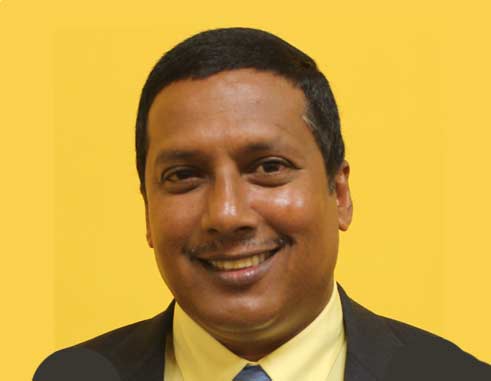 AMENDMENTS to the Castries Constituencies Bill that were brought to Parliament Tuesday had a rough time in passing through the House complements the opposition, particularly in the person of Dr. Kenny Anthony, Vieux Fort South representative.

Economic Affairs Minister Guy Joseph who introduced the bill in the House on behalf of Lenard Montoute, the Minister responsible for Local Government said that there was nothing improper in the changes the bill was asking members of the House to accept.

Anthony, however, was having none of this referring to several clauses in the bill that he pointed out as being badly written.

He challenged Clause 5 Sub-section 3 of the bill that speaks to the Constituency Boundaries Commission (CBC). According to Anthony the bill states that the CCC shall give one month’s notice of the intention of the CBC to review the boundaries of the municipalities by advertisement in the Gazette and in at least one newspaper of general circulation in the municipality.

“Given the fact that the CBC is established under Section 57 of the Constitution of Saint Lucia and that this is a body that is totally supposed to be independent, how then can the Castries Constituencies Council be empowered to give notice of intention to the Constituency Boundaries Commission to review the boundaries of the municipalities? How can you do that?” Anthony queried.

Stressing the point that the boundaries commission is a body that is supposed to do its work without any connection or influence from any other authority, Anthony called on government for answers to questions related to the amendments made to the Castries Constituencies Bill.

He then turned to Clause 6, Sub-section 5 of the bill saying that he was “mystified” by it. Anthony questioned why a clause of that nature would be put into the bill.

“What is the mayor being protected from that requires this section? Why move to protect an officer to that extent?” Anthony asked.

The former prime minister also had a problem with Clause 7 of the bill which dealt with the functions of the CCC concerning the regulation and direction of houses, buildings and structures in the municipality. Anthony believes such functions as proposed by the bill would be trespassing on the functions of the Physical Planning Act, and that of the Development Control Authority.

He admitted though that the CCC can have some responsibility regarding buildings in the municipality but the correct approach needed to be taken in that regard.

Clause 12 of the bill which deals with the functions of the mayor was also scrutinized by Anthony. Anthony put forth that Clause 12 (B) stated that the mayor, through the Chief Executive Officer, controlled the activities of the employees of the CCC.

“What are the activities of the employees that need to be controlled? The bill is lacking in respect to employees of the Corporation,” he said. “Why would you want a mayor involved in managing the activities of employees, taking things into his own hands when you have a CEO? All you do is make the CEO accountable to you,” Anthony said.

Joseph for his part could not fathom Anthony’s criticisms noting that they were prepared by legal minds, some of the very same minds that were there during Anthony’s reign as prime minister. He also said that the bill does not give the CCC any rights to establish constituency boundaries.