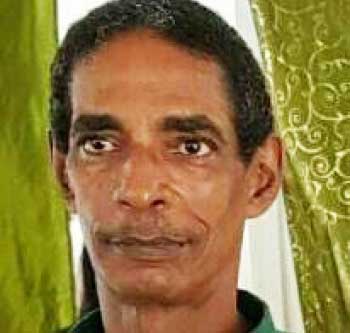 Rossini was a founding Member of our Association, along with other stalwarts Comrade Rawle Harvey, Comrade Elliot Francis, Comrade Peter Lansiquot, and Comrade Irvin John.

In the affairs of men, women and politics, there are but a few men and women who remain true to their political beliefs and principles, unwavering though the Heavens fall. Comrade Rossini was one of those few men. He was a firm and unapologetic supporter of the Cuban Revolution and of Venezuela’s Bolivarian Revolution, and of the vital political and diplomatic principle of the rights of sovereign nations to craft their own development policies, and to follow their own ideological convictions, free from the high-handed hegemony of imperialism, colonialism, neo-colonialism, and crony capitalism.

Like his father, the late Honourable Hunter François, he was decidedly impatient with those he perceived as political “soup-drinkers” and did not “suffer fools gladly”.

He was an unstinting supporter of our Association and its work programmes, and only last week, on his dying bed, he was promising to return to duty soon.

Comrade Rossini François “died with his boots on”.

On behalf of all Members of the Humanistic Solidarity Association, I hereby convey our deepest condolences at this time to Rossini’s mother, his siblings and the entire Francois family.

We are a solidarity organization by nature and functioning and Rossini’s unwavering political and progressive militancy and solidarity will be sorely missed.