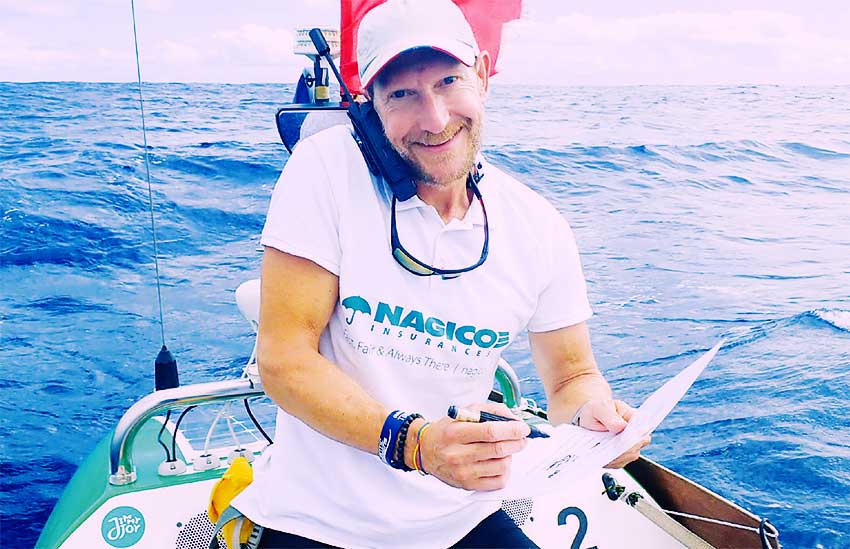 PRESS RELEASE – NAGICO Group and Swiss Re have renewed their Excess of Loss (XoL) reinsurance treaty with symbolic signing 1,500 miles from land on a boat in the Atlantic Ocean.

The treaty, which became effective on 1 January 2019, was signed by Cameron Parker, Head of P&C Structured Solutions for Continental Europe at Swiss Re, who is on an extreme endurance ocean row race as part of the Talisker Whisky Atlantic Challenge.

When Parker and his four-man rowing team arrive at land and complete their 40-day journey, NAGICO’s Chairman Imran McSood Amjad will countersign the Treaty on NAGICO’s behalf.

“We are honoured to partner with Swiss Re to provide comprehensive protection for our customers across the Caribbean,” said NAGICO Group Chief Strategy and Development Officer Kyria Ali.

“Our relationship with Swiss Re has continued to strengthen with each passing year and the level of respect, trust and confidence that both parties have in each other remains extremely high,” Ali added.

NAGICO’s reinsurance program is a combination of Quota Share and XoL that provides protection from catastrophic events, as well as smaller weather-related events and a range of other perils that would not trigger recovery from a traditional catastrophe reinsurance program.

The reinsurance programme has been designed in line with NAGICO’s risk appetite and its desire to protect its capital and policyholder surplus.

The company received substantial pay-outs from its programme following the impacts of Hurricanes Irma and Maria in 2017.

NAGICO sponsored Parker’s ocean rowing boat, which will travel a total of 3,000 miles down the hurricane development track towards the Caribbean in an effort to raise $80,000 for Multiple Sclerosis.

Cameron commented on the trans-Atlantic crossing, “To me, this row represents a journey at the very extreme edge of possible; an unfiltered, raw experience, which will mean epic personal growth and make me a better person.”

At present, the Atlantic Discovery team has rowed approximately 1,500 nautical miles, putting them around halfway through their journey.