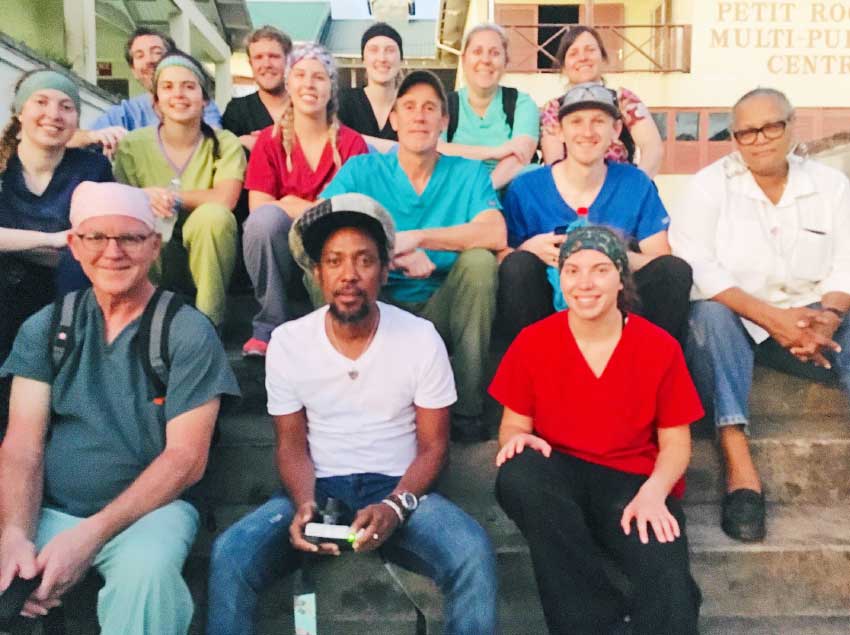 THE TOCO Foundation, in partnership with the Montana Dental Clinic has wrapped up a free one week dental clinic at Ti Rocher, Micoud. The clinic, which ran from Monday January 07 -10, exceeded its targets, having recorded a daily average of 80 clients. The clinic was initially scheduled to close a day later. A total of 357 people – students and general public – turned out to avail themselves of the free service which consisted of dental cleaning, dental fillings and extractions.

The Montana Dental Clinic delegation of twelve was led by Tom Bartoletti and comprised three dentists, a medical doctor, a dental hygienist and dental assistants. Montana Dental Clinic which specializes in Cosmetic & General Dentistry has been in operation for over thirty years, serving a clientele from New Mexico and West Texas. Over that time, the clinic has also undertaken extensive voluntary work throughout the eastern European bloc of countries, Africa and the Caribbean.

According to Taj Weeks, Chairman of the TOCO Foundation, the connection was made with Montana Dental Clinic while performing at a festival there.

“Our liaison officer, who had heard of our philanthropic work, told us about the work of the Montana Dental clinic and was happy to open that door through her connections with them. The synergies and the opportunity to partner were ‘low hanging fruit’ for both TOCO and Montana, and here we are”, Mr. Weekes concluded.

The TOCO Foundation outreach initiative received on the ground partnership support from Parliamentary Representative for Micoud South, Prime Minister Hon. Allen Chastanet and Helen Television System. It is the second of its kind; the first was hosted in Soufriere in May 2018.

A third TOCO free dental is already on the cards for May 2019 and is tentatively set for the Central Castries area.

Only weeks ago the Foundation hosted a two-day free pop-up shop in Micoud making gentle used clothes and other personal items available to adults and children.