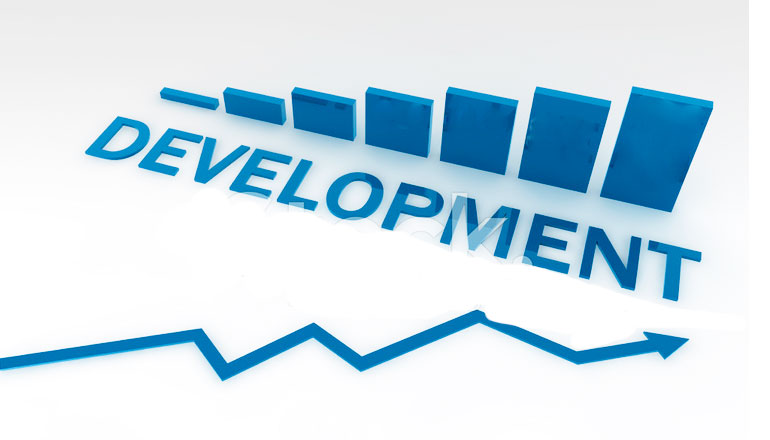 PRESS RELEASE – SENIOR government officials accompanied Prime Minister Allen Chastanet and other Cabinet Ministers on a two-hour gallery walk of the work carried out during the Social and Economic Labs conducted by PEMANDU Associates over the past four weeks.

Director of Economics at the Caribbean Development Bank, Dr. Justin Ram, who participated in the gallery walk, spoke glowingly of the recommendations brought forward from the Labs.

A Gallery Walk was the final activity conducted under the Social and Economic Labs which brought together over 150 participants from the public and private sectors and civil society organizations to plan the medium-term development strategy for St. Lucia.

Economic Development Minister Guy Joseph was very encouraged with the level of engagement during the entire process.

“I cannot recall the last time we would have seen that level of engagement with so many persons, both in the private and public sector in St. Lucia, engaging in a plan for the development and advancement of St. Lucia.”

Joseph said though the gallery walk was intended to give government minister and participants an overall picture of the work done in the key result areas, he was more concerned with the output.

“Now, these are good plans on paper. The issue is what do we do with these good plans that we have on paper?

“We would be measured as we go along into phase-two of this whole process. The output of the labs will assist the government of St. Lucia in developing this medium term development strategy.”

Prime Minister Allen Chastanet weighed-in on most of the presentations during the gallery walk. He too was encouraged by some of the “out of the box” thinking.

“The purpose of this process is a couple of things. One is to get buy-in, in terms of what are the overall goals of our government, in terms of being able to achieve and then bringing in all the people who participated in delivering that good and then having a further constraint on top of it, which you hear me say all the time, ‘Where’s the money going to come from.’

“I genuinely believe that what I saw over the last couple of weeks is a greater, greater appreciation of the need to be able to prioritize.

“Unfortunately, we have found ourselves in a dilemma where we’re so far behind on so many things — whether it be infrastructure, education, health, justice, tourism, agriculture… and the list goes on…

“But the fact is there absolutely aren’t enough resources to do everything that we want to be able to do and so what it requires, it requires innovation.

“It requires this overly used term – out-of-the-box thinking. And the fact is out-of-the-box thinking can only happen when you bring all the people who are involved in the process or the delivery of anything collectively together, recognize what the major constraints are and to say in ‘my experience if we do these following things, we can improve.”

Meanwhile Director of Economics at the Caribbean Development Bank, Dr. Justin Ram was impressed that the discussions did not focus simply on economic growth but sustainable inclusive growth.

“In a short space of time, the people of St. Lucia have come up with some key development plans that will transform St. Lucia from where it is currently with a fairly high level of unemployment rate.

“But if we were to implement these plans that we saw today, the unemployment rate would come down to a very respectable level.”

Dr. Ram added that the Caribbean Development Bank stands ready to assist the people and government of St. Lucia in implementing these development plans going forward.

The Gallery Walk took place on the fifth floor of the Finance Administrative Centre in Pointe Seraphine on Friday 14th December, 2018. (GOSL)