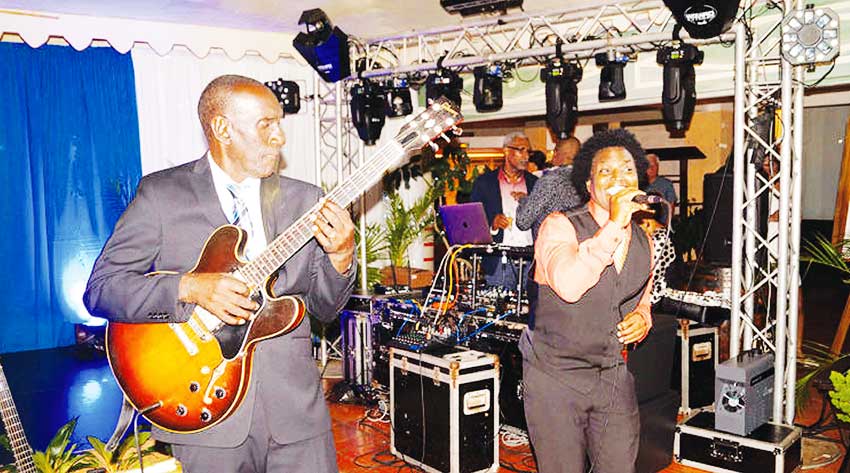 ON the night of Friday, December 14, the Saint Lucia Consulate in Martinique hosted a fundraiser ball in the quaint town of Trois-Îlets, known as the birthplace of Joséphine, Napoléon Bonaparte’s first wife.

This first-time event, organised by Saint Lucia’s Consul General to Martinique, Johanna Salton, was sold-out in a matter of days and saw the Who’s Who of Martinique politics and business in attendance.

Alfred Marie-Jeanne, the first president of the Executive Council of the Territorial Collectivity of Martinique, sat with Prime Minister Allen Chastanet at the head table, while diplomats, mayors, business leaders, members of Invest Saint Lucia and Saint Lucians residing in Martinique filled the ballroom of Hotel Bakoua.

During his speech, Prime Minister Allen Chastanet mentioned that Josephine is also reported to have been born in Saint Lucia, but in the spirit of friendship between the two islands it will be agreed that she is from both Martinique and Saint Lucia.

After Prime Minister Chastanet’s speech, he presented what he described as a “very special gift” to President of the Executive Council of Martinique, Alfred Marie-Jeanne, which was sculpted by Saint Lucian, Jallim Eudovic.

In response, president Marie-Jeanne said, “This is a big surprise to me because what we initiated must continue beyond our borders, and together we must go all the way.”

It was an elegantly formal affair with dinner followed by entertainment of Ronald ‘Boo’ Hinkson and Le Grand Ballet de Martinique — and dancing is reported to have continued until 2:00 am.

All proceeds from the event will go towards assisting the Marine Unit of the Royal St. Lucia Police Force.