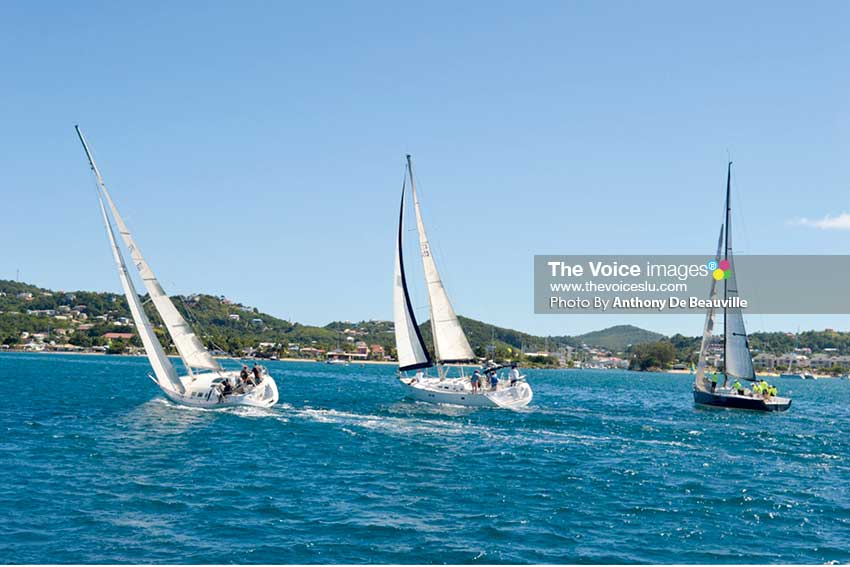 According to World Cruising Club’s Managing Director, Andrew Bishop, “The ARC fleet will set off this year with 178 entries from 30 different countries and is truly a multinational celebration which showcases the international flavour of the rally. The attraction to sail in company as one fleet has continued to have undaunted appeal. Some will be on their first crossing, whilst others are making their umpteenth voyage”.

Fifteen boats will be sailing across with children and 32 will be part of a family adventure this year, with the youngest crew member being 18 months old on the Dutch yacht Chubby Bunny”.

To coincide with this “sail off’ as is customary Saint Lucia will be staging the 13th edition of the ARC Flotilla.

The local Flotilla has grown by leaps and bounds, despite a dwindling in numbers last year, but  rest assured like previous years there is always an excuse for a party and what better mix for a Sunday than a boat “race” not competitive though with a few drinks and music on board to celebrate the start of the ARC.

One expects to see the customary catamarans, J24’s, hobies, monohulls, speed boats and even a drilling barge congregating in the Castries harbour for 12.00 noon before heading to the north of the island.

Regardless of the amount of local participation, the participants are expected to arrive at the IGY Rodney Bay Marina no later than 1.15 p.m.

From the Caribbean Sea on to the grounds at the IGY Rodney Bay Marina, the temperature is expected to raise a few notches with entertainment by Eva Lucian Band and Ezra D’funmachine; also on the afternoon card is Steel Band music. The young ones coming to take in the showpiece are not forgotten as there will be face paintings and bouncing castles.