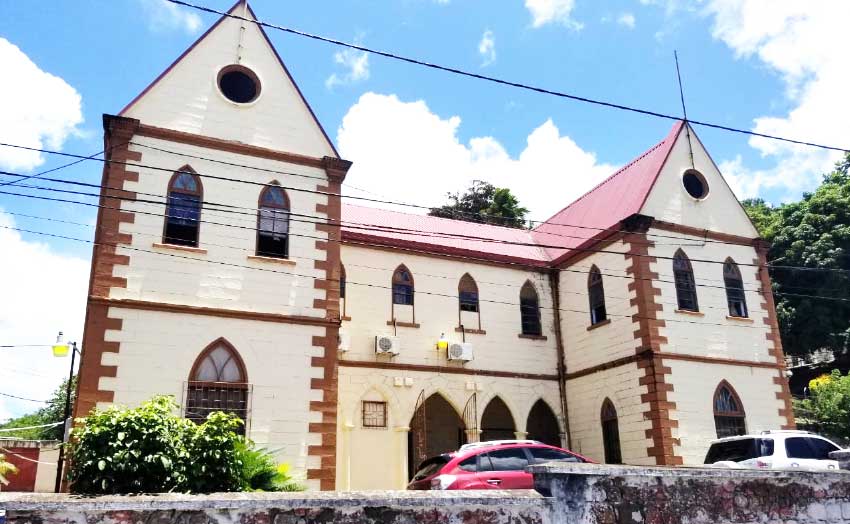 OVER the last 20 years, successive administrations have toured with the idea of demolishing Her Majesty’s Prison based on the fact that most of the structures were severely compromised, but more importantly, over the years full-grown trees sprang-up within the foundation and the walls and made the structure even more dangerous.

This prison occupies valuable land space in the heart of the city at a time when the government seeks to find a proper location for the police headquarters and a criminal court and what better location could have been earmarked for this development.

The police force of the nation remains the backbone of our security and police officers are entitled to a decent home to execute their responsibilities.

It is unfortunate that the personalities questioning the decision of the current administration in taking the necessary steps to raise the profile of our Number One enforcement agency and secondly to improve on the aesthetics of the area, can be so heartless.

The location of the police headquarters and the prison, though in proximity to each other, are separate entities.

The two structures designed and built by the British authorities at police headquarters will remain untouched as they represent a national symbol.

The structures earmarked for eventual demolition are the three badly-designed and constructed barracks, some 20 years ago, and which have been vacated for over 10 years, based on the compromised nature of those buildings.

The nation should remain cognizant of the fact that the Caribbean region is due for a major earth tremor, as witnessed in Trinidad and Venezuela only a fortnight ago. But more importantly, over the last two years, at least 75 mild earth tremors have been recorded, which is a sign that we must be prepared for the worst.

Assuming that no steps were taken to address these worrisome signs, how would we feel if dozens of our enforcement officers became victims to such a tremor?

The current administration has always remained proactive and in that regard, we must commend the authorities for taking the initial steps to safe guard our people.

While on the subject of earth tremors, it should be noted that all the CDC buildings which were built some 60 years ago were designed for a period of 15 years and were constructed without the necessary safeguards against earth tremors.

Can we imagine for a moment the loss of life in the capital — GOD FORBID — if a 7.5 tremor was to be experienced?

As a nation, we must put aside the political gimmicks and think seriously of the responsibility of a caring government.

Anyone who has seen the state of the old prison and the structures which will be untouched and retained as a national symbol cannot but agree that the government has taken a decision in the interest of the police officers and to make the compound more safe for all who will work therein after the projected developments are completed.

We sincerely trust that the public can have a better idea why this project has been undertaken. (An Unbiased National Trust Member)