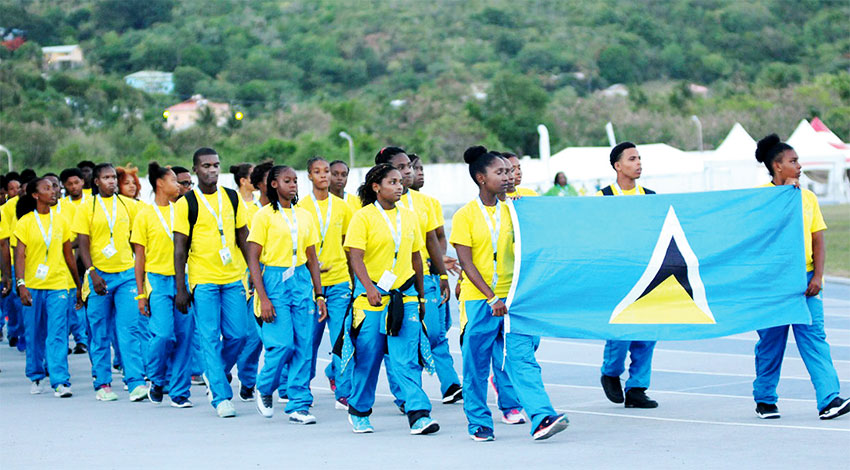 It was the final game of competition where Grenada took on host Saint Lucia in football; the Grenadians were leading 2-1 with just three minutes left into injury time on referee Andrew Phillip’s watch.

After six days (following the incident), absolutely no one from the Ministry/Department of Youth Development and Sports, the WISG planning committee and the Saint Lucia Football Association, whose officials were used at the games, has condemned the acts of hooliganism and violence that took place at the Phillip Marcellin Grounds. I guess under Fair Helen’s sky it’s okay to behave in such a manner until the last man remains standing.

The Department of Youth Development and Sports as organizers for this year’s WISG have a social responsibility to show that this behaviour is unacceptable in the strongest possible way.

Many sports pundits may not like the word hooliganism, but if you ask me, this behaviour has no place in football and acts of violence perpetrated by individuals young or old attending school or employed in the work force, cannot be tolerated in sports.

One needs to make a demand from the organizers to provide answers as to how this incident was allowed to occur or escalate; rest assured it did not happen at the time the free kick was taken.

We all saw the video, and it tells a thousand tales; in less than five minutes of the incident, the video went like wild fire not only in Saint Lucia but further afield.

The question is, should we wait for another national team to embarrass us in such a manner? There were individuals who were not involved in the game at all who managed to storm the ground thus endangering people’s lives, by punching their lives away; if you in yellow attire (Saint Luca) “hold that”, if you in red attire (Grenada) “look that’s yours too”. Answers must be provided as to what happened.

On my observation, Sunday’s embarrassment continues to make a mockery of us as a country, it clearly demonstrates that certain security elements were either not met or were never implemented which warrants an investigation. This validates my view that an investigation must happen, so that we fully understand areas of weaknesses in sports security at event like these. We must never take it for granted that “All will be well”.

Some people look to past the blame on the officiating at the match to escape, but one has to remember the officials are human beings as well and will never be perfect in their judgment. Most of us for an entire month watch the FIFA World Cup and were not pleased with the officiating, but did we see acts of violence like what took place at the PMG. No.!!!, we saw some serious tackles in Russia. By the way, let me rub it in, France won.

Back on the home front, there are a number of ways through which I believe violence in sports can be prevented beginning from the school level. Watching from the outside, coaches and physical education teachers are the group of people who are in the best position to curb violence in sports by helping to create positive thoughts in sports. But do they really do that? Your guess is as good as mine.

If you really care about your athlete/players there are few ways of preventing violence in sports. Coaches should avoid highlighting the attainment of victory at all costs. I have seen coaches stimulate players to make sure that they win instead of encouraging them to enjoy themselves thus seeking to develop their individual skills in sports.

Coaches are expected to praise skill development and not equate the performance of a player with that of international players. Similarly, coaches can also demonstrate value by not allowing injured players to play. By doing this, coaches would have curbed violence in sports and encourage enjoyment as well as skill development in players.

Integration of values that encourage intervention into sports curriculum, strategies that encourage moral development will produce improved or modified behaviours towards sportsmanship. Coaches and PE Teachers should teach positive values related to sports so that when players are in the field, they will show positive attitudes not only to their teammates, but to the opposition.

Interestingly, the news about a particular Saint Lucian player that was involved in the BRAWL is certainly not ENCOURAGING and one has to ask the question why this individual hasn’t been working with a sports psychologist? The information received is that he is a good/skillful player, but has a temperament. A short fuse if you want to call it that.

Now the involvement of parents. Like anything else in life, parents have a great influence on the life of their children and thus they can immensely influence the attitude of that the child’s development towards sports.

Swimming for instance. One sees parents in their numbers during training and competition at the Rodney Height Aquatic Centre. Football on Saturdays (academies); likewise Cricket at the youth level and Tennis, see many parents starting to show slate and the children are reaping the just rewards. These are the four sporting disciplines at present where you see parents showing keen interest.

Coaches and PE Teachers can involve parents by educating them on the activities and objectives of co-curricular activities and how to be vigilant at aggressive behaviours. In addition, parents can be informed on how they can encourage their children to have positive attitudes not only towards competition but training sessions as well.

There are more to it when you talk about violence in sports; what happened on Sunday at the PMG was just a tip of the iceberg, but we continue to give it a blind eye. What about verbal abuse and threats, coming from the mouths of past and present players who should know better, spectators, coaches (YES), parents (YES) of young players and the list goes on. That is live reality in Fair Helen.

Will it ever stop? Just be a good sport and enjoy the game, always remember there will always be a winner and loser, but at the end of it all, let fair play and respect on and off the pitch be the order of the day. Phew!!!!