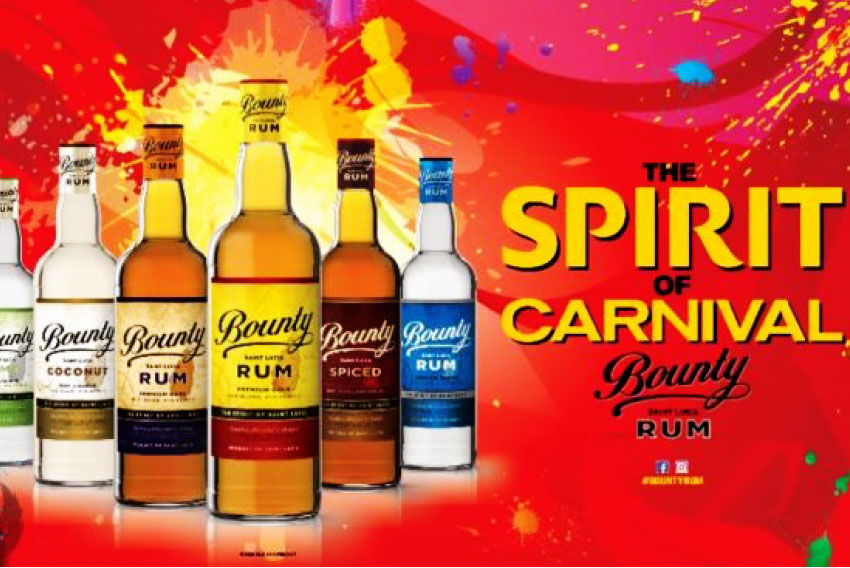 SAINT LUCIA Distillers, acknowledged as one of the foremost rum distilleries in the Caribbean, is launching the Bounty Rum brand in the United Kingdom during Notting Hill Carnival (26th & 27th August 2018), the biggest carnival in Europe, in collaboration with Export Saint Lucia through it’s “Taste of Saint Lucia” Export Brand and the award- winning mid-century tiki bar Trailer Happiness – 177 Portobello Road, London.

“This new release will complement the existing brands of Chairman’s Reserve and Admiral Rodney, whilst establishing the origin of Saint Lucian rums” says Philip Gillier, Export Manager at Saint Lucia Distillers. Bounty Rum – “The Spirit of Saint Lucia” – is the most popular brand in the Caribbean Island of Saint Lucia. Launched in 1972, the brand is a staple of Saint Lucian life and is enjoyed by all Lucians as the national rum brand. Bounty has become a national icon and sponsors a whole range of cultural events such as Carnival, Independence Day, JounenKwéyol (Créole Day) and local community days (Friday Night Jump Up). Sly Augustin, Owner of Trailer Happiness adds “As a Saint Lucian living abroad, I am very happy and proud to take part in the launch of Bounty Rum in Europe, which couldn’t have taken place anywhere else but at the Notting Hill Carnival, celebrating Caribbean culture in London since 1966. Bounty Rum is the ultimate Carnival Rum brand from Saint Lucia”.

Bounty Rum will be officially launched in the UK through spirits importer Emporia Brands this summer and will sponsor Trailer Happiness on Portobello Road and The Pioneers Festival throughout the Notting Hill Carnival weekend.

£16.69 per 700ml). All rums are blended with distillates from Saint Lucia Distillers’ unique Coffey Still with the exception of Bounty Dark which has some pot still to give further character and complexity. All of the rums are aged for a minimum of 2 years before bottling.

This comprehensive range of rums enables the consumer to get a flavour of Saint Lucia. The versatility of the range gives bartenders the opportunity of mixing both traditional cocktails as well as experimenting with exotic flavours.