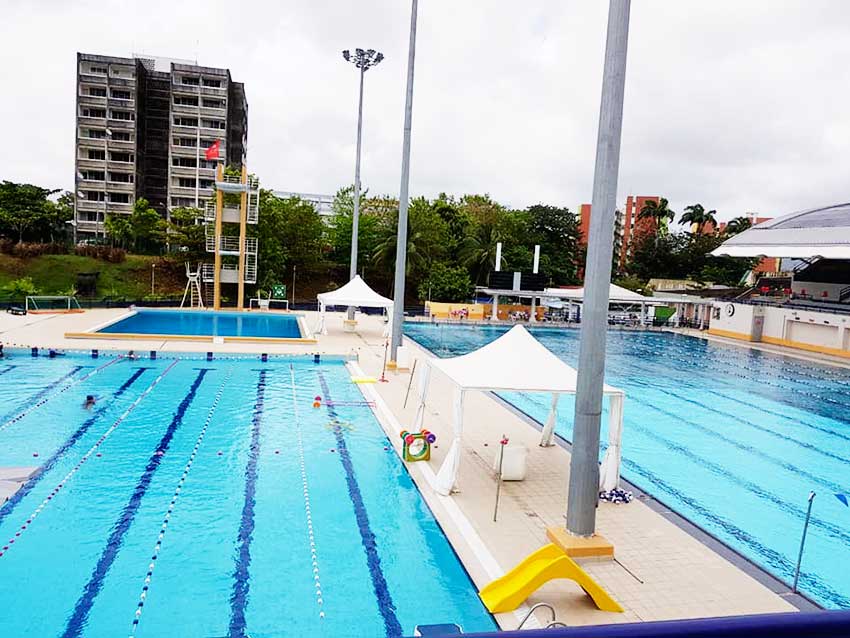 AFTER countless years of neglect and promises made of a national aquatic centre by governments past and present, the Saint Lucia Amateur Swimming Association (SLASA) is leaving no stone unturned in an effort to take the sport of swimming and its members to the next level.

At present, a four-member team headed by SLASA president Eddie Hazel, Yasmine Tyson -Director, David Peterkin -Technical and Paula James – Vice President Administration is in Martinique speaking to swimming officials and other stakeholders on ways the two national federations can work together.

By all indications, the facilities in the French-speaking island arte such that SLASA believes will help bring the competitiveness in a 50-metre swimming pool to another level by Saint Lucian swimmers, compared to what is currently being used at the Rodney Height Aquatic Centre.

In July 2015, a sod-turning ceremony took place to commence the construction of a national aquatic centre on eastern end of the Daren Sammy Cricket Ground. But following the 2016 change of government there has been no word from this administration as to whether they will continue where the last government left off.

Speaking at the time, former Prime Minister Dr. Kenny Anthony said: “This afternoon’s ceremony clearly brings joy to so many people, great joy to swimmers, amateur and professional; great joy to their community of supporters; the parents; the coaches; all of those who want to see Saint Lucia become a mecca for swimming in the Caribbean and the region.”

Sports Minister at that time, Shawn Edward said, “It was a great joy for sports development in Saint Lucia and more so for swimming, noting that in recent times Saint Lucia has made significant strides in a number of sporting areas particularly swimming.”

The $12m National Aquatic Centre was supposed to include a 50-metre pool with eight lanes and an adjustable bulkhead which can move back and forth, built to international standards and capable of hosting regional and international meets, as well as a 500-seating capacity with a VIP section for dignitaries.

One must never forget the sterling contribution to the sport of swimming by the Worrell family, Dr. Worrell investing in the Rodney Height Aquatic Centre, which has contributed significantly to the growth and development of swimming in Saint Lucia.

The swimming association remains one of the most consistent sports entities on the island.