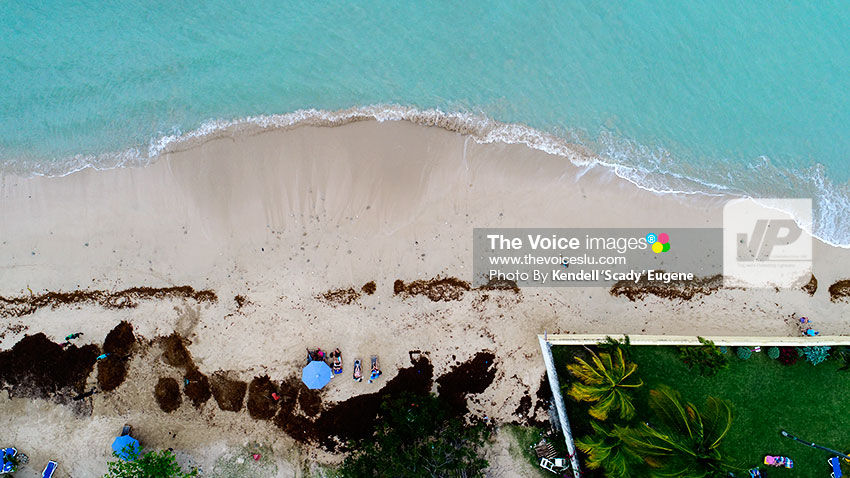 More than 90% of The Ramp and Reduit Beach is now free from the eyesore, Sargassum seaweed.

Less than 24 hours after reporting on the massive quantities of Sargassum that flooded the shores of the island’s beaches in the Rodney Bay area, a massive clean-up campaign has seen the shores returned to near normalcy and the water free of the brown eyesore.

Young men with rakes and shovels, purposefully piled up the distinctive brown seaweed in heaps before loading it onto a waiting dump truck via a backhoe.

It was reported that as of yesterday, the sudden influx of Sargassum would be a cause for widespread concern in the economic and tourism sectors, and also the island’s ecosystems.

A seaweed that stinks of rotten eggs has been terrorizing several coastline areas on the island for years now.

While it was unclear who spearheaded the immediate clean-up project, one name, “Angus,” resonated through the beach’s workforce.

Tourists and locals alike were once again able to enjoy the white sandy beaches and few wasted no time in pitching their umbrella and placing their beach chairs under the shady area.