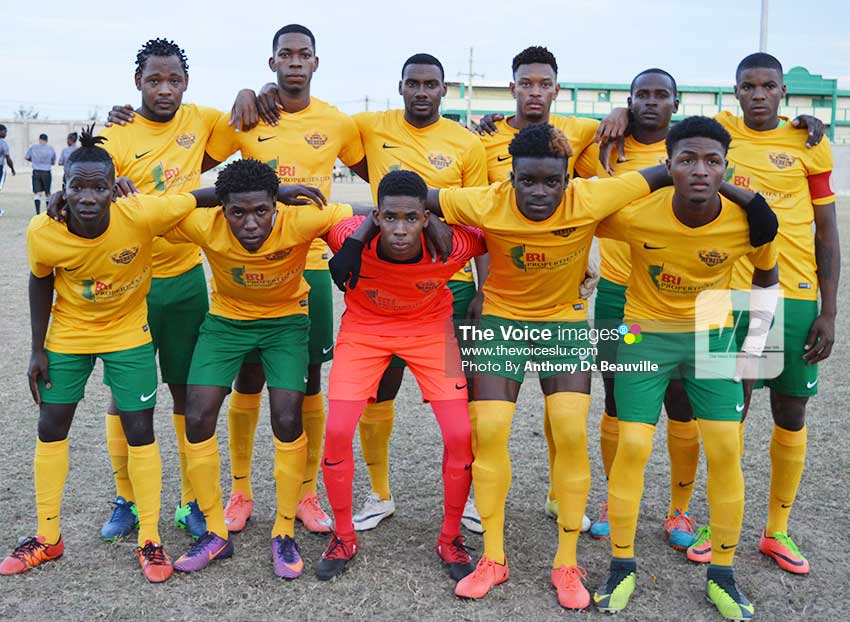 THE SLFA’s premier club competition got off and running last weekend as the island’s eight elite clubs took to the field on Sunday evening in contention for the coveted 1st Division championship.

Tournament favourites and newcomers Uptown Rebels wasted no time in stamping their authority on the tournament after RV Junior totally capitulated to Uptown’s dominance.

The club from Vieux Fort South registered their first victory and thus three points, pitching the perfect start to their premier division campaign. Meanwhile, considerable title suitors Platinum FC — also of Vieux Fort South — had a costly lapse of concentration in the final minutes of their first encounter.

A late equalizer from VSADC spoiled Platinum’s party and immediately disadvantaged their title chances against a red-hot and inform Uptown Rebels. Likewise, title defenders Northern United suffered a similar fate as they had to settle for a draw against an indefatigable TiRocher FC.

The demise of the other two heavyweights in the first division has left Uptown in pole position after their first round of games. After recording an unprecedented number of new signings this transfer season, the team from Vieux Fort South will be relishing their opportunity at the 1st Division prize and the prospect of regional competition at the CONCACAF level.

Their impressive victory in the opening round of games has surmounted an incredible momentum which they hope will power them through round two. However, the team perhaps considered as Uptown’s Achilles heel and eternal rivals — Platinum FC — stands firmly in their path.

Platinum have pledged to be resilient and are confident that they are capable of subduing the bullish Uptown Rebels. This southern derby has stirred up great excitement and is expected to be a wonderful spectacle. Platinum FC are expected to push Uptown to their limits; however, the southern rebels have remained extremely confident in their ability to overcome their noisy neighbours.

The derby match will be played out at the Phillip Marcellin Grounds in Vieux Fort today from 4:00 p.m.