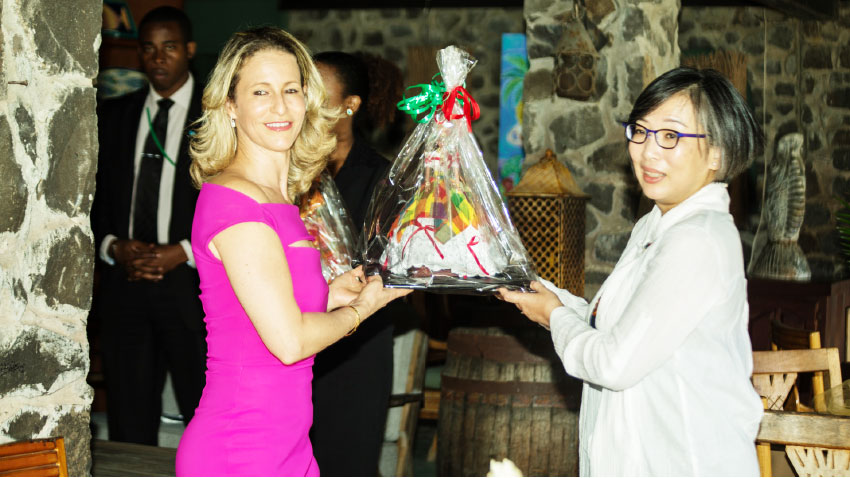 The informal gathering at the Coal Pot Restaurant allowed the Foreign Minister’s wife the opportunity to share her experiences of life in Taiwan, her role and exchange stories with ladies from various cross sections of the business community.

Mrs. Lee expressed immense gratitude for the opportunity to exchange information with the women and spoke glowingly about her first time to Saint Lucia.

During her three-day visit, Mrs. Lee has travelled to and toured parts of Soufriere, as well as visited Saint Lucia’s newest hotel development, The Harbor Club in Rodney Bay.

At the end of the event, Mrs. Chastanet presented Mrs. Lee and Mrs. Shen with locally-made tokens, including a piece by ceramic designer Michelle Elliot, organic beauty products by Patricia Lee and national wear dolls by designer Gregory Lorde. Mrs. Lee was also presented with a custom-made handbag by Christie Creations as a memory of her trip to Saint Lucia.