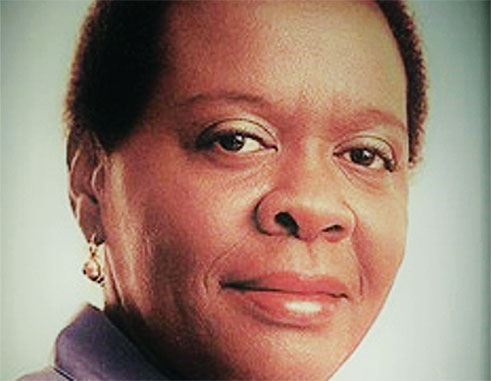 PRESS RELEASE – NOBEL Laureate Festival celebrations came to an end yesterday with the hosting of the 2018 Patricia Ismond Memorial Workshop, at The UWI Open Campus site on Morne Fortune.

The event was a collaboration among UWI Open Campus Saint Lucia, Sir Arthur Lewis Community College (DASGS), and Vieux Fort Comprehensive Secondary School. The workshop was one day in duration and took the form of an intensive examination preparation workshop for students preparing for the Caribbean Advanced Proficiency Examination (CAPE) Literatures in English.

Dr. Antonia MacDonald, Professor of English Literature and Associate Dean in the School of Arts and Sciences, St. Georges University, Grenada, again facilitated this second workshop in the series. The workshop was made possible by the generous support of Esther Ismond, sister of the deceased Dr, Patricia Ismond, in whose name it is held annually.

Background to the Establishment of the Patricia Ismond Literary Workshop Series.
It was with deep sadness that the University of the West Indies (UWI) learnt of the passing of the esteemed Professor Patricia Ismond on June 27, 2006.

The cheque, which was presented by her sister Esther, was used to create The Patricia Ismond Scholarship Fund — a revolving scholarship for Saint Lucian students wishing to pursue Literature/Literary Studies at The University of the West Indies. The fund, which matured in 2014, has to date provided scholarships for two students of The UWI Open Campus.

Her entire collection of over 1000 books and 19 boxes of literature is currently held in the Special Collections section of The UWI Campus Saint Lucia Library. It is available upon request to students, in particular those focusing on the work of Sir Derek Walcott.

Given her sterling academic contribution in the region and beyond, as well as her generous posthumous contributions to the Open Campus and people of St. Lucia, the Annual Patricia Ismond Literary Workshop Series was established in her honour.

About Professor Ismond
Professor Ismond was born on December 21, 1944, in Micoud, Saint Lucia, to Elise Ismond and Ceasar Cooper. After her primary school years, she attended the St. Joseph‘s Convent. After graduation, she taught at the Convent before proceeding on an Island Scholarship to the University of the West Indies, from which she graduated with honours in 1968. By this time, Professor Ismond had already developed her now legendary passion for Literature and the Arts.

She returned to Saint Lucia in 1968 to teach for a year before returning to UWI Mona in 1969 to pursue a Master’s degree on a UWI Postgraduate Scholarship. It was not long before she received the 1970 Commonwealth Scholarship that enabled her to travel to the United Kingdom, where she studied for her PhD at the University of Kent. Her doctoral thesis was entitled, “Derek Walcott: The Development of Rooted Vision (Poetry and Drama).” It was completed in 1974.

Professor Ismond joined The University of the West Indies at St. Augustine as an Assistant Lecturer in 1973. In 1975, she became a Lecturer in English on that campus. She was to spend thirty faithful years with the University during which she headed the Department of English. During her tenure as Head of Department, and with her drive and resolve, the centre for Creative and Festival Arts was established in 1986. It has now become the main training centre for aspiring creative artists from Saint Lucia and the Eastern Caribbean.

In 1983, Professor Ismond obtained a Fullbright-Laspau fellowship, where she was attached to the Drama Department of Carnegie –Mellon University in the United States. She became Senior Lecturer in English at UWI in 1988, and was visiting Associate Professor of English at Stanford University from 1988 to1989.

Professor Ismond published widely and often, many articles and papers on Caribbean Literature, especially on her beloved Saint Lucian poet Derek Walcott. In 2001, her work was crowned with the publication by The UWI Press of her book entitled “Abandoning Dead Metaphors: The Caribbean Phase of Derek Walcott’s poetry.” Because she was widely regarded as a leading authority on the work of Derek Walcott, her book is recognized as a seminal study of the work of our second Nobel Laureate.