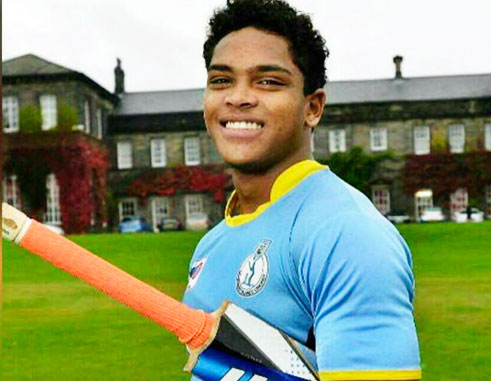 FOLLOWING on the heels on their recently-held sports awards, the Saint Lucia National Cricket Association (SLNCA) is trying to come to terms with the passing of national Under-19 youth cricketer, Nick Elibox, who died in a car crash early Sunday morning while driving on the La Retraite Road in Gros Islet.

Elibox was the driver of a car which veered off the road and overturned after he apparently lost control. Four other individuals narrowly escaped, but are nursing minor injuries.

The 19-year-old top order batsman, a resident of Bexon, was pronounced dead on the scene of the accident.

One of Saint Lucia’s brightest young cricketers, Elibox had a supreme talent and was just beginning to realise his full potential as a cricketer.

He was a former student of the Castries Comprehensive Secondary School. Like Dalton Polius and many other youth cricketers, his cricketing exploits and potential landed him a scholarship at Woodhouse Grove (England) in 2015.

In 2017, Elibox was part of the national Under-19 squad that participated in the WinlotInc/ Windward Islands tournament which was held here from June 26-July 2. Saint Lucia was also able to sit on top of the points table with Saint Vincent and the Grenadines.