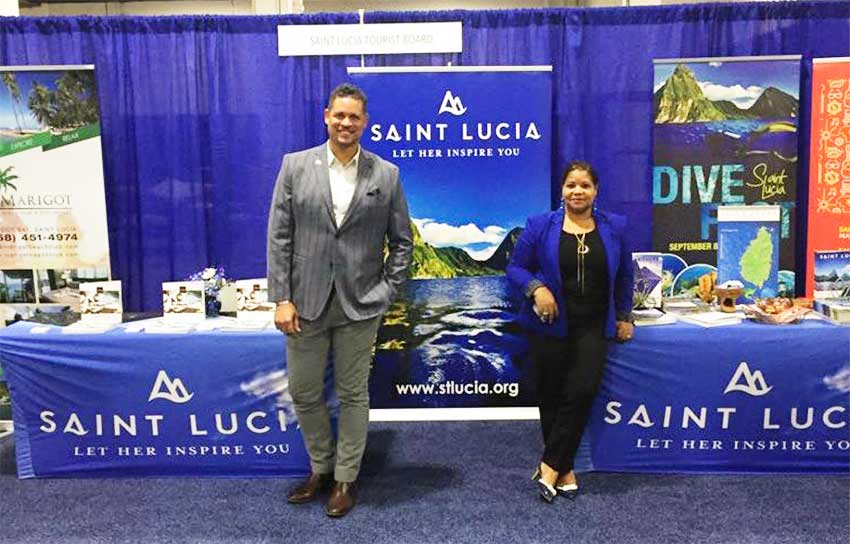 The SLTA unveiled its new Saint Lucia Travel Trade guide, with the destination receiving strong positive interest in and reaction to the new branding platform from both trade professionals and consumers.

The ‘Inspiration and Travel Tour’ continued on February 10 and 11, with SLTA attending the Chicago Travel and Adventure Show at the Donald E. Stephens Convention Center, Illinois. The show hosted over 24,000 consumers, 583 travel agents and 96 media personnel over the two days.

The Saint Lucia booth received a steady influx of consumer and travel trade professionals interested in the destination.

“We received very positive feedback from the trade professionals and consumers. Consumers were very happy to learn about the diversity of the island which makes it more than just a romantic getaway,” said SLTA Director of Marketing USA, Kelly Fontenelle–Clarke.

Saint Lucia continued its U.S. Inspiration and Travel Tour with the next stop on the west coast at the San Francisco Travel and Adventure Show from February 16–18.