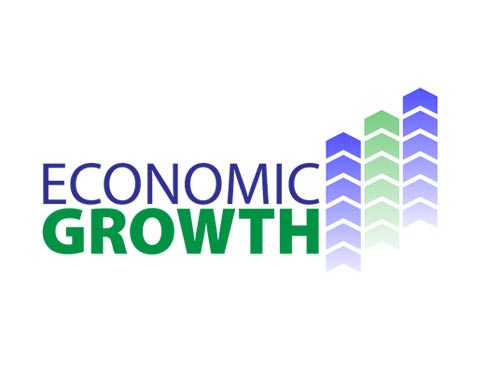 PRESS RELEASE –  THE Caribbean Development Bank (CDB) is projecting regional economic growth of 2% in 2018. This follows a return to positive figures last year, during which the region experienced overall growth of 0.6% — despite the devastation caused by the Atlantic Hurricane Season.

Director of Economics at CDB, Dr. Justin Ram, says that all of CDB’s Borrowing Member Countries (BMCs) are expected to contribute to the positive movement.

“This is mainly driven by the return to growth in Trinidad and Tobago and a 2.3% uptick in Jamaica, which accounts for about a fifth of regional GDP. The highest growth rates are anticipated for Anguilla and Dominica as they rebuild from the damage caused by the 2017 hurricanes. Antigua and Barbuda and the Turks and Caicos Islands are also expected to have strong growth,” Dr. Ram said.

Dr. Ram was speaking during CDB’s Annual News Conference on February 7. He noted, however, that although a return to growth is encouraging, the Caribbean still lags behind other small developing states. In the region, growth has averaged 0.8% since 2009, compared to an average of 4.8% in other country groups.

The Director of Economics said that in order for Caribbean countries to ensure sustainable, inclusive growth and development, measures to improve resilience are needed. During his presentation to media, Dr. Ram recommended a framework that could help countries build resilience. It is built on four pillars: macroeconomic resilience; productivity and competitiveness; human development; and environmental resilience.

“Any blueprint for building resilience in the Caribbean must take into account all of the key elements identified in the four pillars. In addition, we must ensure that we consider regional integration and gender equality — cross-cutting themes that support and reinforce the four elements. It is important that we build resilience in all four areas, which are interconnected,” said Dr. Ram.

With respect to specific policy actions, Dr. Ram noted that at the macroeconomic level, fiscal rules that encourage governments to save should be implemented; and debt-to-GDP limits should be introduced. The Director also recommended that countries adopt reforms that make it easier to do business, thus setting the environment for private-sector-led growth. Resilience at the environmental level will mean stricter compliance with stricter building codes, and the development of indemnity insurance markets, he said.

“We believe that all of this can be strengthened if there is greater gender equality, particularly within the labour market. Regional cooperation will also reinforce this for example, free movement of labour and capital which could assist with overcoming diseconomies of scale associated with small size,” added Dr. Ram.