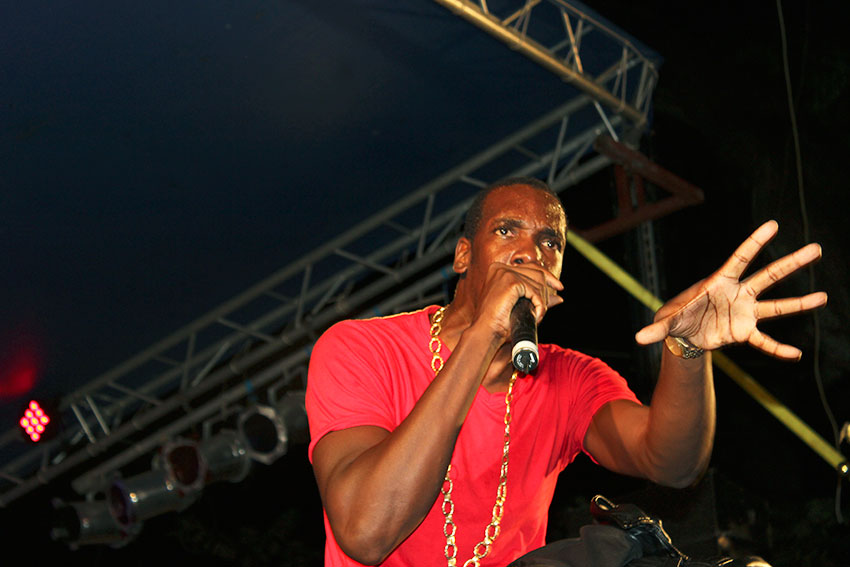 THE Mayor of Castries, Peterson D. Francis, has pledged support to a team of St. Lucian soca artistes on a mission to promote their music in Trinidad and Tobago.

The team includes 2016 Road March King “Mac 11” and Dennery Segment artiste “Freezy”, who, for the past six months, have enjoyed global acclaim for his popular song, “Split in D Middle”.

Saint Lucia`s Dennery Segment continues to generate a lot of excitement and interests as the annual Trinidad Carnival festivities rush to a grand climax.

Mayor Francis said his support for the artistes is aimed at ensuring their music receives due recognition during the carnival, while providing an avenue to showcase Saint Lucia`s rich culture.

For the next week, the eyes and ears of the global entertainment industry will be focused on Trinidad and Tobago – the carnival mecca of the world.

Representing the team of artistes, Lance Montoute (popularly known as Mac 11), lauded Mayor Francis and his office for his support: “What the Mayor has done is not merely supporting us artistes, but we see it as a vital investment in the youth and in our careers as young artistes and we thank him immensely.”

The team of St. Lucian soca artistes is scheduled to leave the island today and return next Thursday.

They will make appearances at several major carnival events and be part of the presentation by a number of leading bands during the parade.