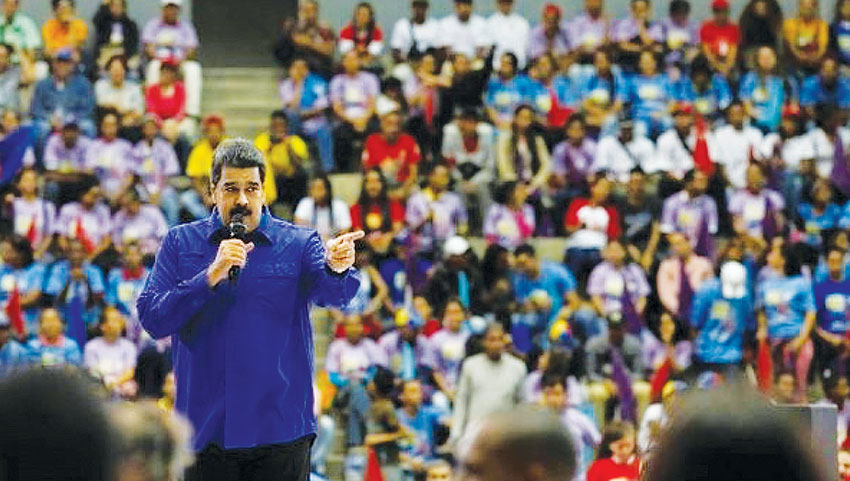 PRESS RELEASE – VENEZUELAN President Nicolas Maduro called on citizens on Thursday to sign in affirmation the accords reached between the government and opposition parties after the latter refuses to sign.

Over the past several months, President Maduro’s government and opposition parties have been hammering out a conflict resolution accord between the two sides, mediated by international political figures in the Dominican Republic.

“We’ve talked for months and we managed to come to a progressive agreement that guarantees the Venezuelans a free, democratic and transparent electoral process,” said the Venezuelan head of state.

Earlier this week, at the last minute, just as Maduro was signing his part of the accord, opposition parties choked and refused to sign. In the wake, the president is creating a two-day national event allowing the Venezuelan population to sign the five-page agreement on February 17 and 18.

“You can be for or against the opposition, but first sign the Dominican Republic document. Do it for the country,” said Maduro from the presidential palace in Caracas.

The accords confirm general elections on April 22 and a temporary truth commission to look into possible recent human rights violations in the country. It calls for political, social and economic cooperation between the two sides. Maduro said that the opposition should “incorporate into the elections and leave behind violence.

Former Spanish Prime Minister and dialogue mediator, Jose Luis Rodriguez Zapatero, has said the Dominican Republic agreement “was a culmination of a basic consensus. It’s a major accord…that responds to the fundamental proposals discussed for months.”