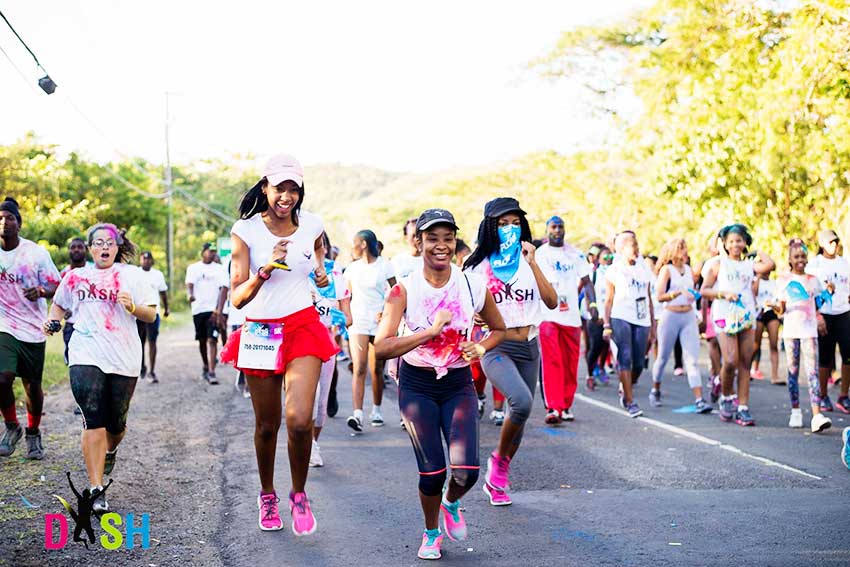 Based on the numbers confirmed so far, DASH 4 NEON Edition is well poised to realize its over 2000 participant target.

Recognizing and embracing its youth focus along with the health and wellness relations, DASH has caught the eye of key organizations like the National Youth Council (NYC) which has committed to not only endorsing the initiative but to having at least 20 participants present in support.

Other organizations, large and small, have also committed to taking advantage of the DASH corporate programme which allows for bulk registration at a reduced cost – making the event accessible to employees and their children.

She said, “The momentum is certainly up there and we are noticing every day an increase in traffic, enquiries and registration. We are literally bursting with colour and excitement as we draw closer to February 25.”

Rose cited the Child Development and Guidance Centre (CDGC), which remains the primary beneficiary of proceeds from the Independence event, noting that this year should certainly realize more considerable benefits to the centre and those who depend on their services.

“It is a fun event that results in serious and tangible benefits for the children who depend on the services of the CDGC and we are so happy to be able to bring it all together in such a fitting way,” she said.

Meanwhile, event management company, The Larcher Group, have tightened the reins at the Bay Walk Mall pop-up location, introducing new and innovative attractions in partnership with sponsors that fit seamlessly with independence, fun, and family expected on February 25.

Individuals who missed the early bird attraction can still take advantage of reduced costs by registering in groups larger than 10.

The 2018 edition of the DASH Independence Colour Run is being presented as its NEON Edition and comes in tandem with a 2020 vision geared towards sports and the development of athletes poised to represent Saint Lucia at the 2020 Olympics in Tokyo, Japan.

DASH 2018 will take place on February 25 beginning at 6:00 a.m. at Massy Mega at the Choc Roundabout. DASHers will make their way up to the Independence Village in Rodney Bay between Baywalk and JQ Malls where the fun continues in the most colourful of ways.