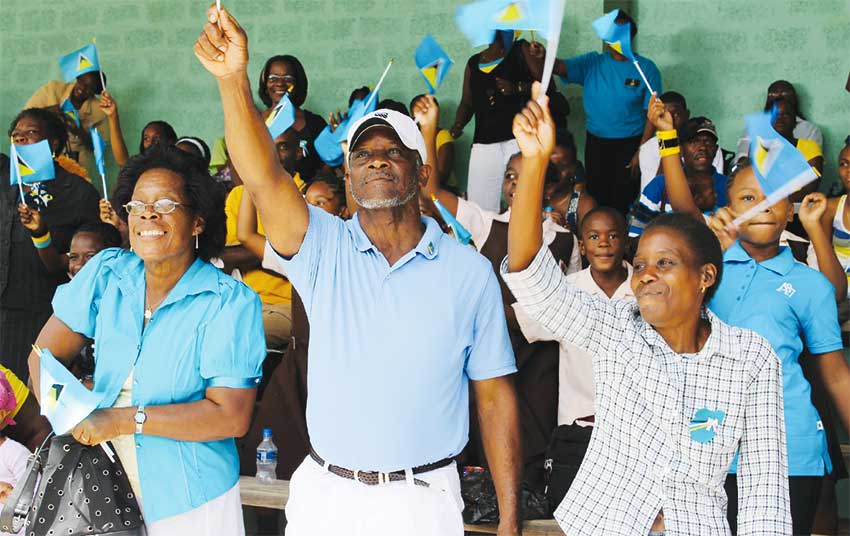 WITHIN the Island Neighbours, we share the many attributes which often make us a single space: cultural dossier, literary and sporting feats, language and history. In the world of political governance, however, our spaces differ. Some have continued to thrive in political systems likened to age of colonialism while others swim in the unpredictable waters of independent rule. Styles of governance within the Island Neighbours differ greatly – each island embracing a political system which is best suited for its cultural, political, social and economic evolution.

Dominica’s system of government is best described as a parliamentary democracy. Accordingly, government is divided into the executive, legislative and judicial branches. Unlike the other islands of the O.E.C.S., the executive branch of Dominica’s government is headed by a president, and the cabinet is appointed by the president on the advice of the Prime Minister. Dominica’s legislature is unicameral with thirty 30 seats – 9 appointed and 21 elected. Elections are held every five years, and the legal system is still heavily influenced by British principles.

Martinique and Guadeloupe are known as departments of France. Consequently, there is no actual self-rule. The executive, legislative and judicial parts of government exist but differences are apparent compared to Dominica’s and St. Lucia’s system of government. A Chief of State, unicameral General Council and Regional Assembly and a Council of Ministers exist. Moreover, the legal system is French in nature.

In spite of differences in the systems of government, one thing remains clear: democratic principles are entwined in the political and legal jargon which guides these systems. Citizens have voices and these voices are echoed eloquently in transparent decision-making processes.

Happenings: Happy Independence, St. Lucia! Independence celebrations are being observed in St. Lucia, where February 22 (Independence Day) is a public holiday. Included is the annual National Colours Day event which will be held on February 21. The annual National Sports Awards is also a part of this year’s celebrations. Over in Dominica, a yoga retreat will be held at Mountain Caapi Cottages from March 30 to April 2. This event is for the busy career individual who needs a break from work. Are you that individual?

Neighbourly GetAways: Escape into political history and architectural appeal this week with a visit to Government House in Dominica. Known previously as the “home of the governors”, this building is now the official residence of the President of Dominica.

In Martinique, visit Palais de Justice – a neoclassical courthouse built in 1906. This historical relic showcases European architecture of the highest quality. Bring your camera along, take photos and create an Architecture Scrapbook. Enjoy history in the midst of modern structural sophistication! Palais de Justice in Basseterre will certainly add flair to your scrapbook. Built in 1934 by Ali – Georges Tu, this structure remains the personification of law and order in the Guadeloupe.

Historical Note! Sir William Fort, former governor of Dominica, built Dominica’s first Government House near Fort Young. The General Council of Guadeloupe is composed of 43 seats. Members of that council serve a term of six years. Did you know that the general council of Martinique is composed of 45 seats? Get to know your Neighbours!