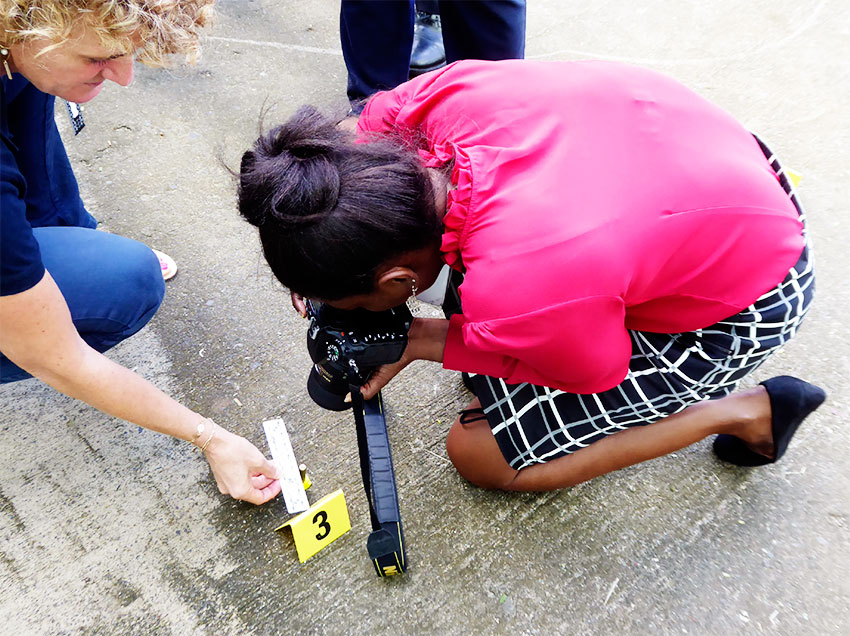 PRESS RELEASE – THE Government of Saint Lucia will continue to rally the support of its diplomatic allies, regional partners and citizenry every step of the way in the fight against crime.

This policy position was recently highlighted on the heels of the signing of a Bilateral Police Co-operation Agreement with Taiwan on Wednesday, January 31. Another long-standing partner that the government will continue to collaborate with is CIFAD, the inter-ministerial training center for the fight against drugs based in Martinique.

The French were on island recently, carrying out an intensive training session on the topic “Forensics: Scientific and Technical Investigations”. Staff of the Saint Lucia Forensic Science Laboratory and members of the Royal Saint Lucia Police Force (RSLPF) benefitted from that workshop.

Minister for Home Affairs, Justice and National Security, Hermangild Francis, attended the closing ceremony of the CIFAD training. He reiterated that partnering with other supportive countries in the fight against crime has proven to be both effective and beneficial to the island.

“This time we have partnered again to focus on scientific and technical aspects in crime scene examination,” Francis said. “The participants learned how to utilize scientific approaches to undertake evidence identification, recovery and documentation. They also focused on collecting and identifying impression evidence, biological evidence and using specialized equipment to do so.”

The entire exercise was covered by French media, France Television.