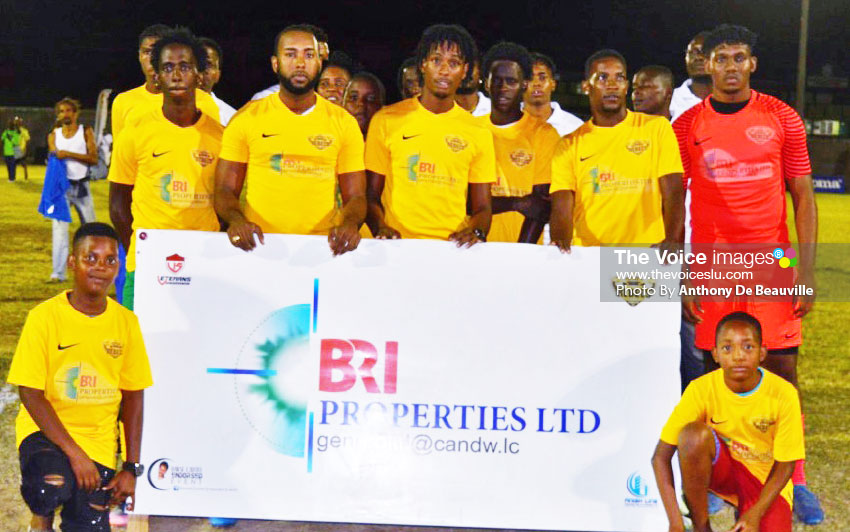 THE 2018 Saint Lucia Football Association Division 1 football tournament is scheduled to kick off this weekend at a number of venues around the island and according to the SLFA the transfer window has been closed.

However, there is one team that has gone outside the box in the south of the island and has not waited until the February 28 deadline to make moves when the roll call was made by the announcer Tennyson Glasgow.

On Saturday evening, during the break before the commencement of the Plate finals between Caricom Masters and VSADC, newly-promoted Uptown Rebels from Vieux Fort signed some of the big names in local football to add to a roster that was already turning heads at local football matches.

They have also included Jervic Mac Farlane in their lineup and so, too, striker Antonio Joseph.

The team is sponsored by BRI Properties Limited.

Executive member of the club, Jeff Emmanuel, said, “It has only just begun. That’s the sign of things to come. In the days ahead, the local media will be updated as things unfold.”