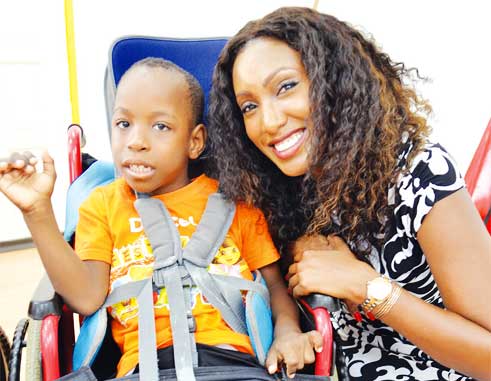 Understanding the Work of the Child Development and Guidance Centre.

PRESS RELEASE –  There are few encounters in life where individuals are impacted to the point of action and there are even fewer who commit to consistent and continued fighting for a cause beyond them in more scopes than one.

Such is the recipe that has so tremendously affected the small but motivated group that pilots the much-anticipated DASH Independence Colour Run, from which proceeds are directed to the Child Development and Guidance Centre (CDGC).

The institution’s Director, Pediatrician Dr. Kim Gardner, has not only recognized this group’s annual and growing efforts, but has also sought to truly underline the value of the drive and the depths to which it impacts the daily lives of those who depend on the services of the CDGC.

The Centre is a non-profit organization established exactly 20 years ago to provide early health care intervention to assist children with developmental delays by investing in early diagnosis, therapeutic intervention and family counselling. These services are offered to children from birth to the age of 16 years old by a multi-disciplinary team that comprises pediatrician, psychologist and therapists, including Speech and Language Therapy (SLT), Physiotherapy (PT) and Occupational Therapy (OT).

It is the only facility that provides this comprehensive service for children in St. Lucia and is considered the best practiced in the region.

Running on an annual operational cost of EC$500,000 on average, contributions like those from DASH connect with the core needs of the institution, providing results that make a tangible difference in not only its operations but the lives it is motivated to affect.

Just over 40% of the CDGC budget is covered by a Government of Saint Lucia subvention, which leaves the other 57% a matter for public donor conscience. So, according to Dr. Gardner, when the Centre is able to anticipate contributions from organizations like DASH, it is can better plan for its operations beyond the day-to-day forecast.

“We get a subvention but I don’t think they truly understand what we do here or, most importantly, the impact of what we do. It is not an easy programme to keep going. So we look forward to the support from organizations like DASH every year,” Dr. Gardner said.

She said it costs the CDGC some EC$4000 per month per therapist and given the number of the children it is a struggle to have only one available.

In 2017 alone, the Centre received 350 new referrals, on top of the existing 400 patients already in the programme needing therapy alone. There are only three full-time staff and therapists are on rotation.

Last Monday, the DASH team paid a surprise visit to a few of the young Saint Lucians who benefit from the Centre’s services. They met and interacted with Luron, Tai, Zekella and Nahum – exceptionally energetic youngsters with acceptably different developmental challenges. They are all wheelchair-restricted, but despite these confronts, their zest and energy for life and human interaction broke any boundaries of reservation and second thought that might have existed.

The four, considered the most advanced in their group, were treated to cupcakes – a simple but approving gesture that sought to remind them not only of their individual awesomeness, but also of how much they are appreciated and that they are very much present in the group’s thoughts and actions.

Among the DASH team present were the curious ensemble of Dione Benn, Robberta Rose, Candy Nicholas, Akim and Abeera Larcher and Alex Holder, who together sought to not only meet and interact with the youngsters, but also to remind themselves of the true purpose behind the efforts of DASH and the absolute need for consistently successful outcomes.

Luron – renamed Mr. Chatty – is the only of the four with a fair command of verbal communication. His words are few but with impact far-reaching. So infectious is he that he grabbed the attention of former island queen, Candy Nicholas, and kept it for the entire visit. He is a lover of basketball and all things outdoors. Teacher Zanique Edwards believes that if anyone in his group has the potential for speedy integration into the public school system, it is undoubtedly Luron. But even if he does make it that far, she posited, he would require the assistance of an aide and the patience of everyone around him.

Dr. Gardner said one of the largest hurdles facing each child is not their fight for acceptance in open society, but rather acceptance at home. The unfortunate reality, she said, remains where societal norm does not allow for the differently-abled to simply integrate into what is considered “normal” spaces and with “normal” people. In most instances, even the sight of someone different triggers impulsive reactions of distance and doubt; and very few are able to catch themselves early enough to adjust not only their internal reservations, but their obvious facial apprehension.

Dr. Gardner believes a more educated public would go a long way in creating an atmosphere of both acknowledgement and acceptance where individuals like Luron, Tai, Zekella and Nahum are not only recognized but engaged and celebrated in ways that encourage them and those closest to them to embrace their differences, and push for the best possible outcomes while along the way enjoying every minute of their uniqueness and the humility they ought to bring to every space and every individual.

This adds a new dynamic to the CDGC’s mandate which is, unfortunately, not always a plausible pursuit considering the existing restrictions.

Over the years, almost 1900 children have been assessed and have received some form of therapy from the CDGC programme with specific diagnoses that include Cerebral Palsy, Autism Spectrum Disorder, Down’s Syndrome, Perinatal Asphyxia, Gross Motor Problems, Sensory Processing Problems, Cognitive Delay and many others.

Last year brought a chilling addition to the Centre’s list of patients. While the public notion is that the island’s newborns were spared complications of the Zika virus, the CDGC attests to having the unfortunate pleasure of adding over a dozen children with “abnormal findings” on their initial assessment – being born to parents infected at the time of pregnancy. Each case, Dr. Gardner, said showed varying degrees of severity from Zika Congental Syndrome to abnormal neurological movements. Young R.J. appeared to have been the most affected.

“They will be monitored as recommended for the next three years and we brace for additional births as Zika Virus is still endemic in St. Lucia,” she said.

This means three years of resources already beyond the Centre’s scope.

Come February 25, it is anticipated that some 2000 individuals – just as many as have been treated by the CDGC – will be DASHing from Massy Mega in Choc to the Rodney Bay Independence Village. The event organizers and the CDGC are not only grateful for their participation but more so grateful for the hope, unity and independence their involvement represents.

Luron is as excited as the average child his age about being able to DASH and it is hoped that he and his classmates can be present at the 6:30 a.m. take-off or at least greet fellow DASHers at the finish line.

Registration continues every day before the February 25 and the public and corporate community can also reach the Centre directly.