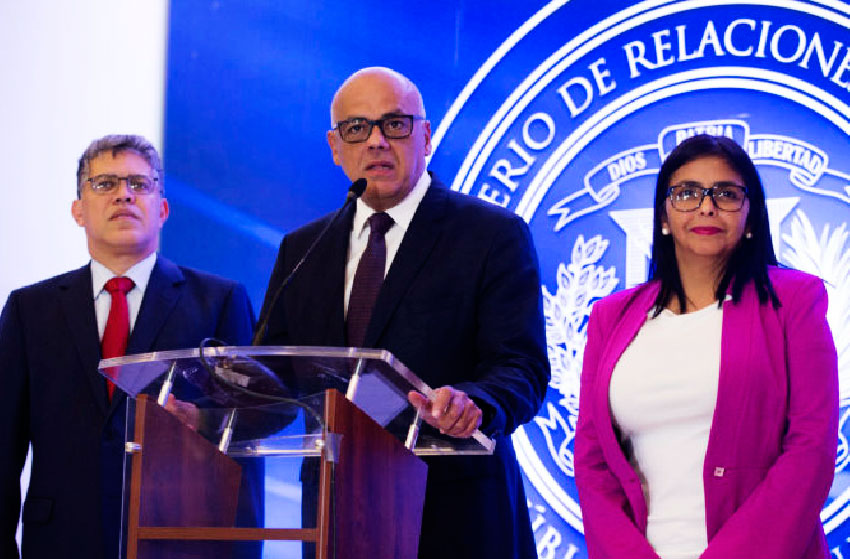 PRESS RELEASE – After resuming the dialogue for peace in the Dominican Republic on Thursday, January 12, and agreeing on the points that would be discussed, a new round of talks is underway between the National Government delegation and the Venezuelan opposition, in order to guarantee peace and overcome the economic situation that Venezuela is facing.

Talks about the Truth Commission, economic, political and electoral guarantees, recognition of the National Constituent Assembly, institutional balance, economic and social situation are planned to resume.

The talks also have the international accompaniment of the foreign ministers of Chile, Paraguay, Mexico, Bolivia and Nicaragua. Both parties met in private to consolidate proposals and thus reach a single agreement.

The high-level delegation of the Bolivarian Government is headed by the Minister of Communication and Information, Jorge Rodriguez, along with the president of the National Constituent Assembly (NCA), Delcy Rodriguez; the Minister of Education, Elias Jaua, and the former Ambassador to the Organization of American States (OAS), Roy Chaderton.

Julio Borges, Enrique Marquez, Manuel Rosales, among others, also attended for the opposition faction. This call for dialogue has been a constant on the part of the President of the Bolivarian Republic of Venezuela, Nicolas Maduro, in order to reach a stable solution and maintain the peace of the Venezuelan people.

The Dominican President, Danilo Medina, said that the Government and the Venezuelan opposition will hold a new round of negotiations today in the capital of the Caribbean country.

President Medina confirmed “important advances” after the talks held during the week that has just ended, but there were pending issues. The meeting on January 18 will be the fourth formal meeting.