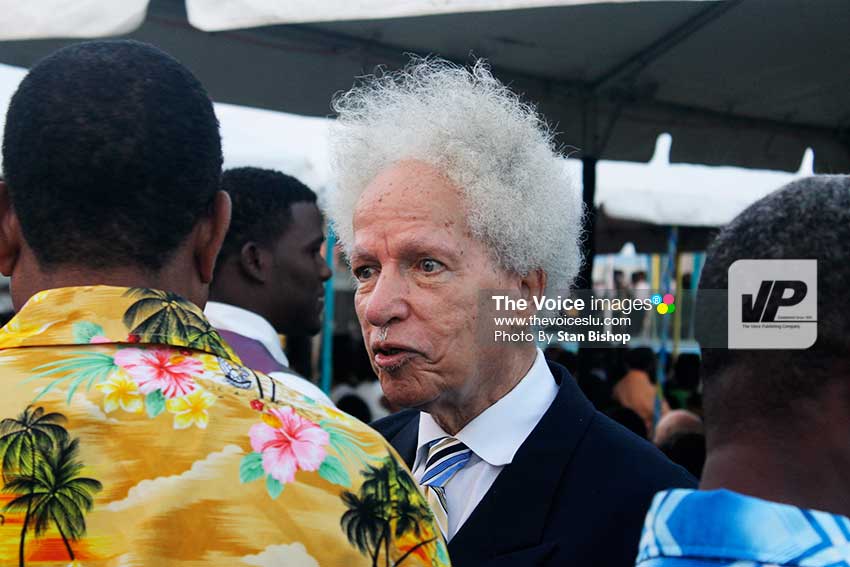 PRESS RELEASE – LET me thank Dame PearletteLouisy on behalf of the Saint Lucia Labour Party and the many well-wishers across the political divide for having served with poise and distinction as the Governor General over the last twenty years. She remains one of the longest-serving Governors General in the Commonwealth. Dame PearletteLouisy was one of the few remaining unifying forces in our country having served under both Labour and UWP administrations. Her value will become even more apparent in her absence.

While I thank her for her long and dedicated service to country, I believe she is owed an apology for the less than dignified way she has been treated in her final months by the UWP administration. The former Governor General should have been given far more time to prepare for her departure given a twenty-year period of service. By all accounts, she was pushed out of office and made to plead for her pension benefits for which she was lawfully entitled. It’s another indication of a callous and insensitive government that has no sense of propriety in dealing with matters of State.

Sir Paul Scoon in his book, “Survival for Service”, states: “the office of Governor General is an institution of enormous importance and influence. As representative of Her Majesty, the incumbent assumes a posture beyond reproach when it comes to the dignity, moral rectitude and exemplary conduct.”

As Leader of the Opposition, I have a responsibility to respect the Office of Governor General and so will offer the necessary co-operation in accordance with the constitutional of the country.

However, as the Political Leader of the Saint Lucia Labour Party, I am well aware that supporters and, in particular the constituents of Laborie, remain disgusted and hurt by the events surrounding the switching of political allegiances by the current Governor General following the 1987 general election. He presented himself to the electorate as a Labour Party candidate, won the elections, and days later joined the opposing United Workers Party to be appointed a Minister.

Prime Minister Allen Chastanet has so far displayed callous disregard for the customs and conventions that characterize a civilized society and ensures good governance and respect for the rule of law. From his failure to use his majority in the House to ensure the appointment of a Deputy Speaker, to his attempt to frustrate the proceedings in parliament, the withdrawal of the subvention to the National Trust, and his contempt and arrogance to the official opposition by his refusal to acknowledge correspondence or engage in meaningful consultation.

The immediate consequences of these violations of our constitution and its convention are a blatant disregard for the rule of law and disrespect for constitutional propriety and civility.

Had the Prime Minister followed the convention and good governance practices, he should have consulted the Leader of the Opposition on the appointment of the Governor General. Had he done so, he would have been cautioned against the risk of potentially bringing the office into disrepute and derision given the unprecedented election events of 1987.

As it turned out, he did not and failed to follow the precedent set by the Saint Lucia Labour Party government in 1997 in consulting the then Leader of the Opposition before the appointment of Dame PearletteLouisy. The result of his high-handed approach to governing the country is now bearing fruit. The country is divided and polarized on an issue that should be acceptable to the majority.

I am calling on the Prime Minister to act within the tried and tested conventions of the country if he wants to be effective in managing the affairs of the island and that the powers vested in him as Prime Minister should be exercised with a high level of responsibility and accountability. The country is not for him to do as he pleases. This county belongs to all of us and he is only entrusted with it for a limited time.

A government of the Saint Lucia Labour Party pledges to do better. We will ensure better judgement when important decisions are being made in the governance of the country.