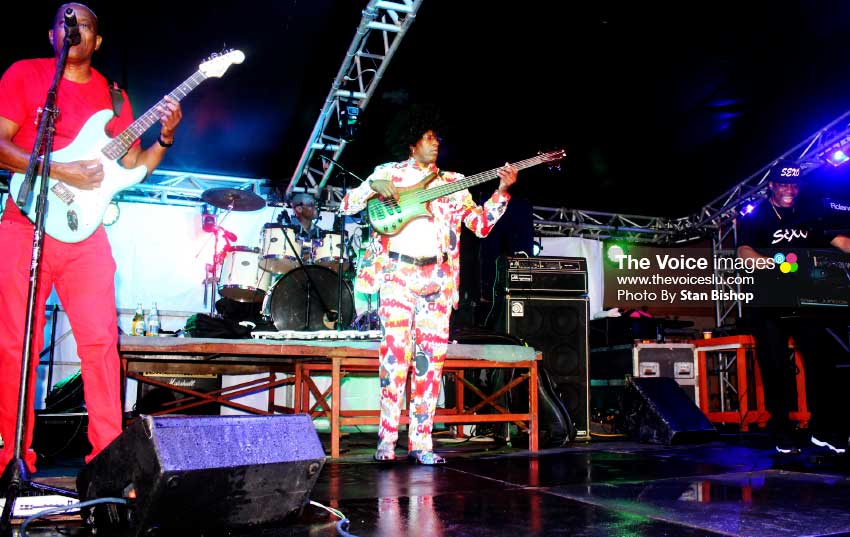 THE Food & Rum Festival which ended last Sunday has organizers buzzing about how great and exciting it was. The three-day event has also left them bewildered, primarily from what it left behind and the ideas it may launch in the minds of organizers for next year’s fiesta.

Agnes Francis, Chairperson of the St. Lucia Tourism Authority (SLTA), which organized the Festival, told The VOICE that the Friday to Sunday event met all the bench marks set.

“From day one, everything that we planned had come to fruition. We have been amazed at its success,” she told this reporter on Sunday.

But it was a success that came with hard work from her organization, as she explained at the Festival’s official opening at Bay Gardens Beach Resort on Friday night.

“We have been working very hard behind the scenes to put this together and are very pleased to say that we have started off on a very good note,” she said.

But not even Francis could have anticipated the quality of success the event generated when the curtains came down on Sunday night at the Pigeon Island National Landmark.

“Everything we wanted to try, we have tried and everything so far has been successful, our Festival is different than anyone else’s,” she said.

Organizers perhaps need to take a bow on several fronts, starting with the Caribbean Rum Awards Competition, the first of its kind to be held in the region, and very likely a staple at upcoming Food & Rum Festivals, those closely connected with the event said.

Judged by personnel from Caribbean Journal, the competition was a big thing for organizers. As noted by Francis, the awards will now have regional and international recognition attached to them.

Another strong point chalked to the overall success of the event is the amount of local, regional and international media it was able to attract. Over 200 journalists and writers, including those specializing in covering the culinary arts, descended on St. Lucia for the event.

“The ultimate goal of the Festival is to bring in more visitors. But to do so, you need to get international media to support it and we had a significant amount of media. That was another measure of success, I think, we achieved,” Francis said.

The event also touched on certain aspects of the nation’s culture.

Even Prime Minister Allen Chastanet acknowledged the dimensional nature of the Food & Rum Festival, noting that some of the elements of the Festival seen in Anse la Raye and Rodney Bay are exactly what should be seen in the Creole Festival, “so that what the Food & Rum (Festival) is to Gros Islet, Castries and Anse la Raye, hopefully the Creole Festival would be going to Choiseul, Laborie, Vieux Fort, Micoud and Dennery.”

He, too, believes the Festival was highly successful. He said it excited him, especially when he saw how St. Lucians and visitors alike embraced the event.

“This year’s Food & Rum (Festival) built a platform on which we have to work on,” the Prime Minister said.

Both the Prime Minister and Francis believe that the country is on to something that will give it the stature and positioning that it needs in the marketplace. The recently-held Food & Rum Festival appears to be the latest positive in the island’s marketing tool-kit.