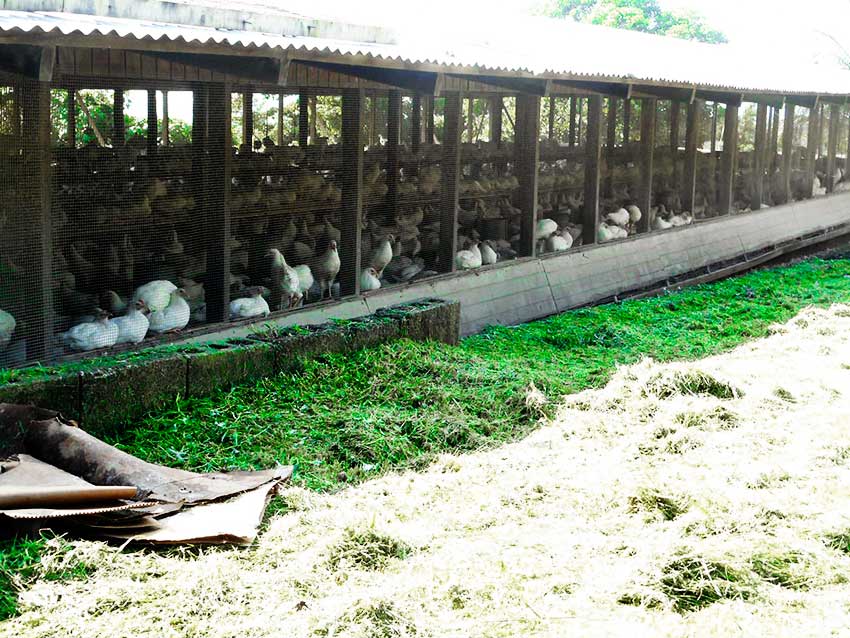 ONE of the biggest poultry farmers in St. Lucia says the shortage of eggs during the Christmas season will continue unless the St. Lucia Poultry Cooperative Society becomes functional.

Wilson Henry, manager of Fresh Eggs, located at Saphyr Estate in Laborie, said the farmers are not showing interest in the cooperative, which is of grave concern to him.

Fresh Eggs controls approximately 45% of the local egg market and currently has about 14,000 birds.

“I am the treasurer (of the cooperative). I have put a lot of effort into the cooperative, but the poultry famers are not showing up for meetings. They are not playing their part and I don’t like that,” Wilson lamented.

He said that with a functioning cooperative, they will be able to know exactly what’s going on in the industry, and be in a better position to deal with the shortages of eggs which the island sometimes experiences during the Christmas season.

“With a cooperative, we will be able to monitor everything. If there is a shortfall, we can quickly deal with it,” Wilson said.

According to him, successive government administrations have done a lot to help the cooperative as it relates to offering them advice and human resource, and it’s now left to the farmers to play their part.

Wilson said Fresh Eggs is committed to satisfying its customers in the south, adding that despite the shortages of eggs during the Christmas season, residents of the south do not have such an experience.

“Eggs were imported last year because from early 2017 we had that problem,” he said.

However, according to the entrepreneur, last year the cause of the shortage was different from previous years: the displacement of four farms in Augier a few years ago was the cause. He said he thought that the farmers would continue their operations, so he did not bother to increase his production.

Wilson, who has been a poultry farmer for over 20 years, said that in order to deal with the shortage at the moment, it would require a substantial increase in investment by the farmers, adding that at one point it will result in a glut in the market after the Christmas season.

He said that in order to cater for the high demand for eggs in upcoming Christmas seasons, farmers will have to buy additional birds, and since they already have birds laying that have not reached the stage for them to be gotten rid of, they will now have two sets of birds, and so will need additional space to house the new birds.

“A person who usually buys a dozen eggs on normal days will buy about five dozen during the Christmas season,” he added.

Wilson said the shortage of eggs does not occur every year, but admits that the problem needs to be addressed. He also assured the public that there will not be a shortage this year because his production will be increased.