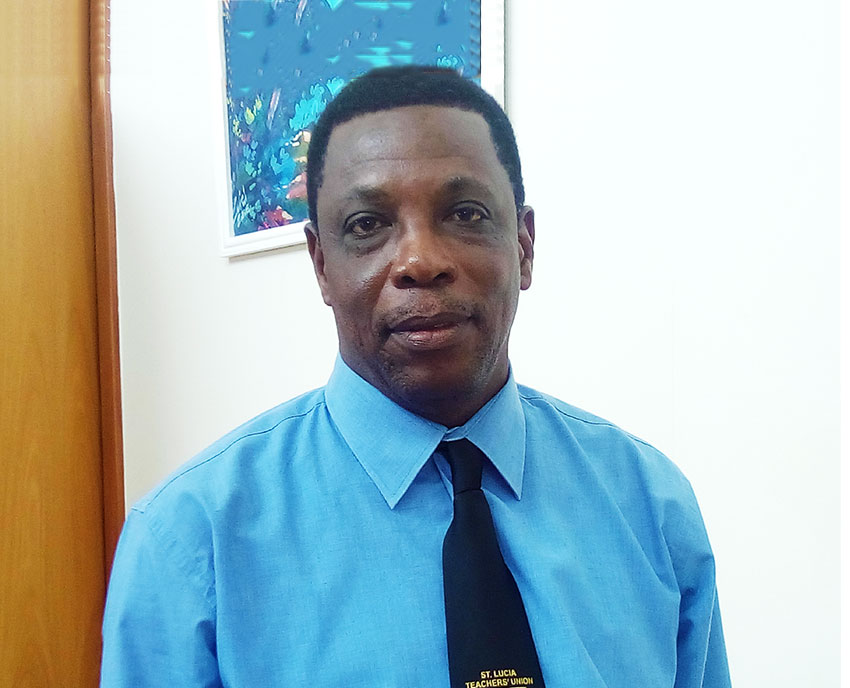 PRESIDENT of the St. Lucia Teachers Union (SLTA), Julian Monrose, is unhappy with parents of schoolchildren and calls on them to take a more active stance in their children’s education by getting to know the environment in which their children are being educated.

He also called on teachers to empower themselves as they engage in various activities in observance of Teachers’ Week, which ends this Saturday with the hosting of the Annual Retirees Banquet.

Monrose spoke to The VOICE yesterday at an Education Conference, one of the activities held in observance of Teachers’ Week. The conference, which was held at the Financial Administrative Centre at Pointe Seraphine, could be described as timely in light of the numerous problems associated with the education system.

The conference was one item in a list of items making up Teachers Week, observance of which started last Sunday with an Ecumenical Service at the Centre.

But even as teachers across the country celebrate, they are not happy with the current state of the education system. They accepted the theme for Teachers Week, which was put together by Education International and UNESCO because of its relevance in the St. Lucian context, meaning what has transpired within the education system this year. The theme, “Teaching in Freedom; Empowering Teachers”, speaks about professional freedom and empowerment.

“If we are talking about education empowering our people, we have to ensure that educators are themselves empowered. The employer must create the environment that make the teachers feel that, yes, you can practice your profession without fear of reprisals,” Monrose added.

Teachers, Monrose said, must not always depend on how much the employer gives them, calling on teachers to seize the opportunity to be empowered and to empower students.

But how do teachers empower themselves?

By Monrose’s definition, they could do so by being bold, continuously developing themselves as a professional and by standing up and agitating for what is right. He had a tone of disapproval for parents whom, he said, are not empowering themselves.

“What is happening in schools today is more a lack of empowerment on behalf of the parents,” said Monrose. “Parents are not concerned about where their children are being educated and the quality of the environment (in which) their children are learning. Once they could wake their children up and send them to school, that is all.”

He described this situation as “unfortunate”, stating that in today’s world one expects parents to take a more proactive stance in terms of their children’s education.

“In all of the instances where we have schools in dilapidated conditions, it is the teachers who are standing up. When the teachers say they need things done, (such as) the toilets are not in order, do you know most of the time these are not teachers’ furniture or teachers’ toilets? Most times, these are things for the students. So you find teachers in a situation where they have to fight for themselves and for the students because the parents are not standing up for anything and very often when we stand up, we are cursed by the same public that sends their children to us,” Monrose said.

“So when we say (we have a) leaking roof and we are not teaching in that condition, it is because we are saying that children’s health are at risk, that children cannot sit on proper furniture to take notes and the very public will tell you what are teachers taking it for, where the government is getting money from, rather than putting the pressure on by saying we do not want our children to be educated in such a condition,” Monrose added.