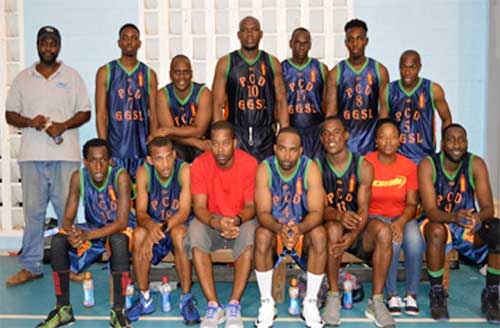 FOLLOWING the recent heavy rains experienced last Saturday which left the entrance to the Beausejour Indoor Facility and its environs under water, the Saint Lucia Basketball Federation, organizers of the KFC Commercial Basketball League, had no choice but to postpone the matches to a later date.

The semifinals and finals will now be held tomorrow and Saturday at the BIPF.

The semifinals will be played among the following teams: two-time defending champions Goddard Group/PCL will take on Saint Lucia Fire Service, and CSA play Financial Services All Stars.

Based on the tremendous performances by the four semifinalists, one cannot count out the unbelievable comebacks and the individual performances and the action on centre court is expected to be epic.

How the teams made it to the semifinal round

The second quarterfinal matchup saw Sandals taking on CSA. KFC Player of the Game, Ron DuMurville, led the undefeated CSA team to a 74-56 victory with 22 points, 5 steals and 5 assists. He was assisted by Keegan Preville, who posted 17 points and 5 rebounds.

Simeon Medard led Sandals with 17 points in the losing effort.

Financial Services continued their good run on form in this year’s tournament, putting away the Royal Saint Lucia Police/Combined Forces by 84-47.

Marlon Samuel was impressive, leading Financial Services with a 30-point and 15 rebounds. Sharmoir Jn. Baptiste was also good on the night, scoring 16 points, 5 assists and 5 steals.