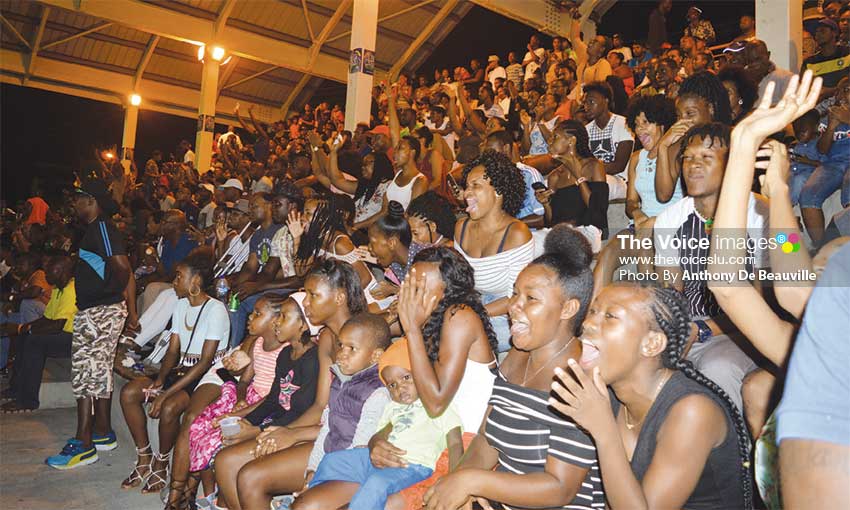 On their way to the quarterfinals in an earlier game, Micoud defeated Laborie 4-2 with goals from Levi Altidore in the 7th minute, Shane Paul in the 13th and 26th minute and an own goal by Andre Joseph in the 85th minute, while on Saturday Marchand nosed ahead of Babonneau 3-2. For Marchand, the goal scorers were Andrus Remy in the 28th minute, Valdez Maximin in the 40th and Javis Evans in the 79th minute. Nehemiah Wilfred hit the back of the nets twice for Babonneau with goals in the 33rd and 85th minutes.

Anse la Raye made it to the quarterfinals stage with a 1-0 win over La Clery while VFS had a similar margin of victory over Vieux Fort North.

On Sunday evening, in front of a packed Soufriere Mini Stadium, former champions Gros Islet and Canaries advanced to the semifinals stage of the tournament.

In the first game of the evening, Gros Islet edged out Central Castries 1-0, a goal courtesy of striker Troy Greenidge in the 14th minute.

Gros Islet was still able to dominate at least 65 percent of the game as Central Castries’s goalkeeper was called into action most of the time during the encounter as they made life difficult for the City Boys in the defense.

In the second game on Sunday, the pouring rain did not stop the excitement and patrons from coming to support their respective teams. From the first whistle by Referee Gordon Wilson, the teams went on the attack. However, the score-line remained goalless at halftime.

The rain poured even more in the second half and Canaries for the first time outdid Mabouya Valley in terms of crowd support on a neutral ground. But that did not deter Mabouya Valley from applying the pressure.
The deadlock was finally broken when Bradley Tisson’s 67th minute strike put Canaries in the lead and despite Mabouya Valley’s efforts for the equalizer, the Canaries defense and custodian Quami Jones breathed a sigh of relief on the final whistle. Canaries now await the results from the Micoud/Marchand match.