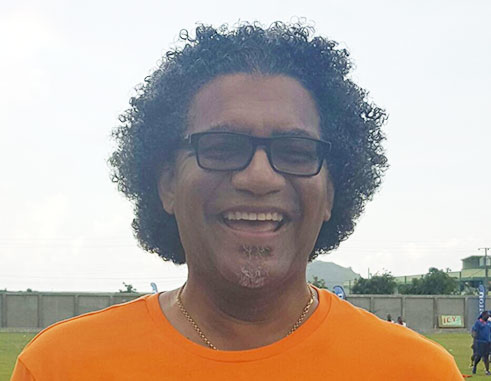 THE hard hitting and party atmosphere continued at the Phillip Marcellin Grounds last week Sunday with a series of matches in the Saint Lucia Premier League T20 Tournament (SPL T20).

Needing 157 for victory, Nagico South Castries Lions could only muster 130 in their allotted 20 overs. Their main contributors were Mervin Wells (30), Daniel Doran (30), Dwight Thomas (25) and CorlinusCalender (12).

Meanwhile, The VOICE caught up with Parliamentary Representative for Choiseul/Saltibus, Bradly Felix, an avid supporter of the Choiseul Craft Masters.

Felix, who took in the action with a contingent from the south-western district, said, “The inaugural tournament is very exciting, (especially) with the position Choiseul Craft Masters are in at the moment.”

He applauded the organizers of the event for bringing out a community spirit and excitement similar to the T20 cricket fans around the Caribbean have grown accustomed to.

He said, “I simply hope the government will continue to support initiatives like this.”

Over the years, Choiseul has produced quite a few cricketers of note; unfortunately, none has made it to the West Indies male team.

In terms of playing facilities within the district, Felix said, “We need to place a lot of emphasis on the facilities the young people have. I am actually pleased that the long-awaited Mini Stadium for Choiseul is being looked at very seriously by the Ministry of Youth Development and Sports. To date, there have been two meetings with the young people from the community to ensure that what is being presented is in keeping with the vision of the sporting community.”

He added: “The Piaye playing field is primarily being used for cricket. The conversation, however, is should it be developed into one of the principal venues for cricket on the island.”

Felix told the VOICE, “There will be a lot of positive things that are going to happen for cricket, football and other non-traditional games in the community,” adding that he intends to give his full support to the CCM and has every confidence the team will be in the finals.