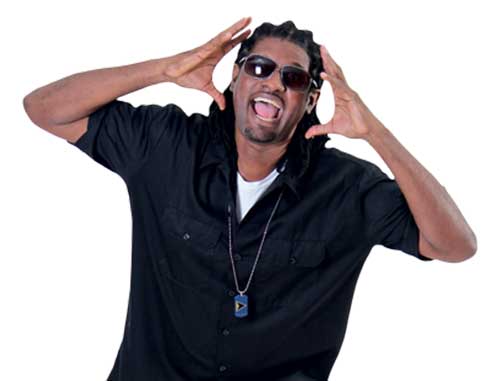 CASTRIES, March 30, 2017 – Saint Lucia’s Sir Lancealot recently shut down the annual UwiVal J’ouvert held on Saturday, March 25. And although music was the mission, Sir Lancealot also advocated for love, peace, regional integration among students as he encouraged them to stay focused and committed on their academic journey.

This was the first time a Saint Lucian DJ had been invited to spin at the event. And Sir Lancealot did so with soca and Lucian music in his arsenal including the famed “Dennery Segment”, dancehall, rap and hip hop – a flavour that left the crowd thirsty and calling for more as they went wild with each song he played.

Sir Lancealot was part of a DJ cast made up of Barbados DJ power house Monstapiece, Lil Paul and Infamous HD. The Saint Lucian DJ played the final set of the night – taking to his turntables at 2:00 a.m. With a huge welcome from the crowd and boosted by the many Saint Lucian flags flying high – Sir Lancealot showed why he is “de gyaldem DJ” and left the stage with chants to “we want more” when the event ended one hour later.

Already booked well into August 2017, the Events Committee at the UWI Cave Hill campus have already signaled their intent to have Sir Lancealot back for more in the upcoming academic year 2017-2018.

Kicking off at 8:00 p.m., the UwiVal event was held at the SCR carpark.