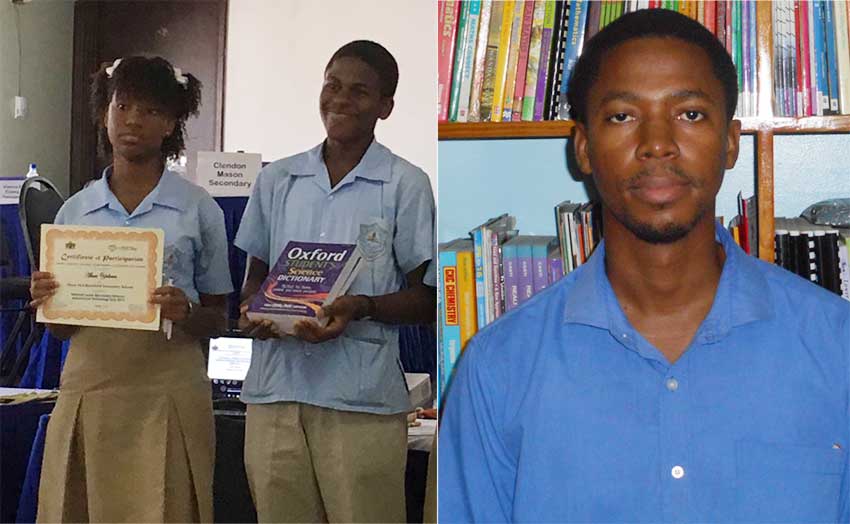 THE Beanefield Comprehensive Secondary School in Vieux Fort is basking in the glory after emerging victorious in this year’s National Schools’ Science and Technology Quiz competition for national lower secondary schools.

The theme of the competition which was organized by the Ministry of Education, Innovation, Gender Relations and Sustainable Development and the St. Lucia National Science Association was “Science and Technology: The catalyst for a Sustainable Future.” The quiz was held on February 15, at the Civil Service Association (CSA) centre.

Representing the school were Abigail Smith and AbassYekeen, both Form 3 students.

Commenting on the school’s success, Steven Auguste the principal said the students have made the school proud, especially since it was able to defeat some of the more recognized secondary schools on the island.

“We are elated by the victory. The students worked very hard to emerge victorious…” Auguste told The VOICE.

He described the students as bright and determined.

“The students usually do well in their exams, so I am not surprised by their performances…” he added.

According to Auguste, such an achievement will inspire other students at the school to strive for success.

In a brief interview with the students, they said they expected to win the competition.

“I am not surprise we won the competition… I have confidence in myself,” Yekeen told The VOICE.

He added that he studied every day and made use of the internet.

Yekeen, whose ambition is to become a civil engineer, attributed his performance to his hard work and assistance from the entire school.

Smith, who wants to become a Pathologist said she always had the confidence that she would have performed well and the school would emerge victorious.

She too said the entire school had played a pivotal role in their performances.

Head of the science department at the school, Claudius Athil, said his department worked tireless to prepare the students for the quiz.

He described Smith and Yekeen as motivated and talented students.

The school, which comprises approximately 400 students is no stranger to victories. Last year it won the best overall prize in the National Schools Science and Technology Fair for its project, Ban-chow, a pasta which was made from green bananas.