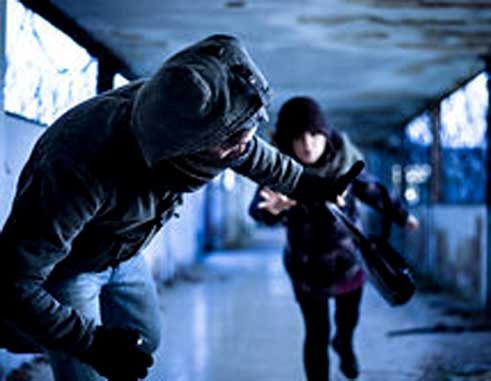 A middle aged American tourist has been left visibly shaken and traumatised after facing off with a gun wielding thief in Rodney Bay.

On the other hand, she is also counting her blessings as the robbery attempt was thwarted by a helpful mob of locals who caught the perpetrator red-handed.

The incident took place around 9:00 p.m. Monday night near one of the more popular restaurants.

According to one eyewitness who spoke exclusively to The VOICE, the young man who is believed to be in his  20s accosted the Visitor when he attempted to snatch her bag.

On the first attempt, the would be thief was unsuccessful as the determined woman refused to let go of her belongings.

However, the persistent thief was not about to leave empty handed and attempted to scare the woman into giving up the fight by telling her that he had a knife.

This threat proved to be futile as the woman continued to cling to her belongings with no sign of giving in.

This was when the perpetrator allegedly pulled out a gun, prompting the woman to give up her bag and scream for help.

Upon hearing her screams, a Good Samaritan attempted to come to her aid, but was chased away by the perpetrator who pointed the gun at him.

The assailant then fled with the bag, but not before being chased by a small mob who caught wind of the commotion. He was caught soon after the chase ensued.

The eyewitness went on to reveal that the mob who had had grown angry and threatening could be heard calling the young assailant “Chad” and they could also be heard yelling at him saying that they could not believe he would do something of that nature.

The police were called to the scene and upon arrival, the would be thief was searched and the gun used to carry out the crime was found.

Upon inspection, it was revealed that the gun was a wooden replica.

The perpetrator was arrested and taken into custody at the Rodney Bay police station.

Although shaken by the incident, the victim is reportedly fine and unhurt.