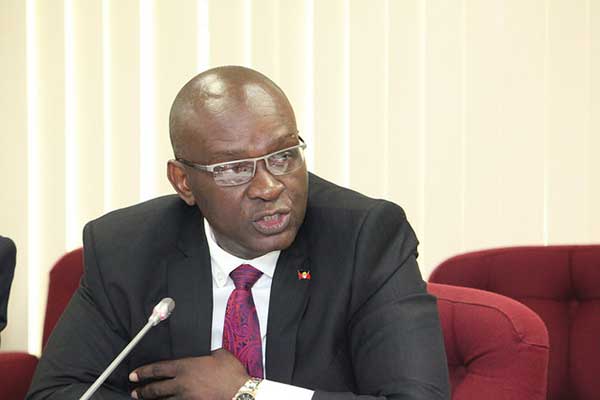 ST. JOHN’S, Antigua, Jan 23, CMC – The Antigua and Barbuda Ambassador to the Caribbean Community (CARICOM), Dr. Clarence Henry, says Caribbean countries operating Citizenship by Investment Programmes (CIP) should be under no illusion that developed countries like the United States would be seeking to undermine the initiative.

Addressing the second meeting of the Standard Working Committee (SWC) On CARICOM Citizenship-By-Investment Programmes (CIP’s), weekend, Henry said many in the international community including the United States, the United Kingdom and Canada have for many years operated investor-residency programmes which are not too dissimilar from the CIP programmes in the Caribbean.

“We in Antigua and Barbuda are not under any illusion that should these countries feel that their individual programmes are being threatened by us in the Caribbean, they will take steps to undermine our programmes.”

Henry said his country experienced this action when nearly two decades ago, it had a thriving offshore gaming industry that was ranked among the top in the world.

“It employed thousands of young Antiguans and Barbudans, many of whom were females. They used these jobs to finance a better standard of living.

“But in one fell-swoop, the industry was crippled by the actions of the more powerful United States. Recall that this matter went as far as the World Trade Organisation which ruled in favour of Antigua and Barbuda. To date, the US has not implemented the rulings of the WTO.”

Henry said that he wanted to recall this experience “as a reminder to us all that the larger states will crush us if it is within their perceived interests to do so.

“We have to be mindful, constantly, that these CIP programmes, seen as ‘cash cows’ today, could very likely disappear tomorrow. Every niche we seek to carve out there are roadblocks to its sustainability as if we should remain mendicants.”

He said the recent programme on the CIP by, the US television network, CBS, was portrayed as ‘a gaping hole in the international security architecture’ by a security expert interviewed for the feature.

“The programme took the slant that Caribbean CIP’s had attracted nefarious characters, and people running from the law. It also took the point of view that would-be terrorists could very easily ‘slip through the cracks’ and use these programmes to bypass security checkpoints,” Henry said.

The CIP programme is carried out in Antigua and Barbuda, Dominica, Grenada, St. Lucia and St. Vincent and the Grenadines and Henry said “the CIP programmes have been of tremendous benefits to the OECS states; any attack on one is an attack on all”.

But he urged all member countries “to be more vigilant; mindful, watchful as we strive to protect the security and reputation of our individual programmes.

“Ours must be seen as the best run, most thorough and supervised CIP’s in the world. Nothing less would suffice”.

Henry said that the CIP has brought in approximately EC$200 million(One EC dollar =US$0.37 cents) in 2015 and 2016, representing about one-third of the annual revenues for the country.

“These funds have helped us to address the national debt, expand classrooms at schools and increase scholarships for our young people, improve the healthcare system and promote tourism, the country’s main industry.

“For us, the CIP programme is too important to be treated in a flippant or casual manner; it requires serious deliberations, openness and of course, our unique Caribbean creativity to chart a course that will take us all through the current murky and stormy waters safely to land.
“It is also clear that there is need to set an agreed threshold for offerings under the CIP. The agreed threshold will avoid weakening the value of our individual passports,” Henry told the teleconference meeting.