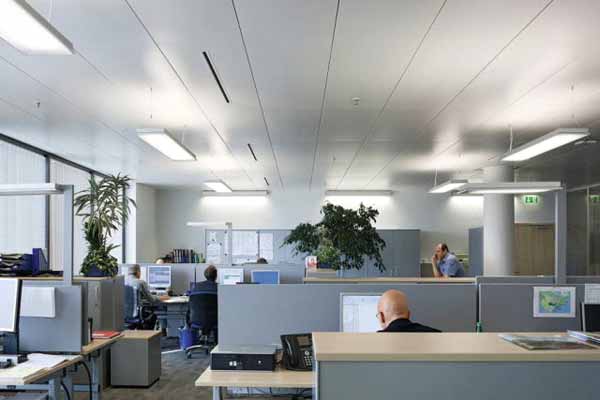 SHOW me your workspace and I will tell you who you are! In the very same way that the friends a person keeps is a reflection of who they are, the condition of an individual’s workspace can reveal much about their state of their mind and their productivity.

Although the issue of physical workspace is often overlooked, workspaces play a very influential role as it pertains to individuals’ feelings towards their work and very often impacts actual performance.

In this article, we take a look at how some of the world’s leading productivity experts have decluttered and organized their workspaces to maximise their efficiency and improve their productivity.

PETER WALSH
Organizing Guru Peter Walsh, author of ‘It’s All Too Much: An Easy Plan for Living a Richer Life with Less Stuff’, says he imagines his desk like a car. Everything you need most immediately—the steering wheel, radio, ignition, indicators, door handle—is at arm’s length. Things that are needed but not used regularly are two-arms’ lengths away, such as in the glove compartment, and the things used infrequently are in the trunk.

Your desk should be exactly the same,” he says. “When you’re sitting at your desk, the only things you should be able to touch are the things you use all the time.”

Walsh’s desk holds his computer and keyboard, a charging station for his phone, and vertical files that hold active projects. “That’s all I have on my desktop,” he says. “Your desk is a workstation, not a storage facility.”

DAVID ALLEN
Productivity king David Allen, author of ‘Getting Things Done: The Art of Stress-Free Productivity’, needs just a small desk in his Amsterdam office. He says a desk should hold four things: supplies, reference materials, decorations, and equipment. Anything else should go somewhere else.

A tour of his desk includes a box of facial tissue; a container that holds a letter opener, fountain pen, three felt pens, a ballpoint pen and scissors; and a standing file rack he personally designed that holds about 20 labelled file folders with current projects and client work. He also has a MacBook Pro on a vertical stand that connects to a large screen, a blue-tooth keyboard, and a mouse pad.

Allen also keeps two paper notepads in different sizes, and a pen at the ready. The in-basket is one of the most important tools on Allen’s desk, and it keeps his workspace clean. “It’s the funnel for miscellaneous things you haven’t decided about yet, such as mail or meeting notes,” he says. “Throw them in there. It’s the one place that gives you freedom and discipline to capture unprocessed stuff so it’s not thrown all over the desk”.

JULIE MORGENSTERN
Julie Morgenstern, author of ‘Organizing from the Inside Out’, keeps her desk neat by being selective about what’s on it. Hers includes a computer monitor, keyboard, telephone, and a small clock with an important function: “It’s easy for me to get absorbed in what I’m doing, and it keeps me conscious of the time,” she says. “It’s an old-fashioned clock with a second hand and very clear numbers. I don’t like looking at my iPhone for the time; it’s a device that sucks your energy.”

The most important tool on her desk, however, is her Balanced Life Planner, a product she designed herself, she says.

“It’s always out, and if an idea comes to me about something else I want to do, I immediately put it in my planner,” she says. “Then I can stay focused on what I’m doing. It helps me capture to-dos and guides me through my day, telling me what I’m doing when.”

Morgenstern also keeps a glass of water on a felt coaster and a quote-of-the-day affirmation calendar by Louise Hay. “It’s not an essential,” she says. “It’s something new I’m trying.”

Nicknamed “the queen of putting people’s lives in order” by USA Today, Morgenstern says she prefers her desk to be a clear surface except for what she’s working on at that moment. “I might have a client file or media interview folder, but if I’m not working on it, I don’t keep it out,” she says. “Once you start leaving things out, it becomes distracting. I store everything else within a spin of my chair.”

KIP TINDELL
As CEO and founder of The Container Store, Kip Tindell has access to multiple organizing tools to keep his desk tidy, but he’s very selective about what he uses. “I like to keep my work surface as open and clutter-free as possible since I prefer to be out, interacting with others instead of cooped up in my office,” he says.

Tindell uses stackable desktop organizers from his company’s Like-It Collection to hold office essentials. His desktop also holds a selection of books written by colleagues and friends. And decorating the surface is a collection of seven colored blocks that represent his company’s seven Foundation Principles, which guide everyone on how to treat employees, customers, vendors, shareholders, and the community with respect and dignity.

Since his desk is streamlined, Tindell says it typically doesn’t get too unruly: “As you can imagine, we like to keep things well organized at The Container Store,” he says.

There are many systems that you can use to organise your desk. You may even choose to incorporate different organizational styles to create one of your own. Either way your objective should be to implement an approach which will allow you to carry out your daily tasks productively.