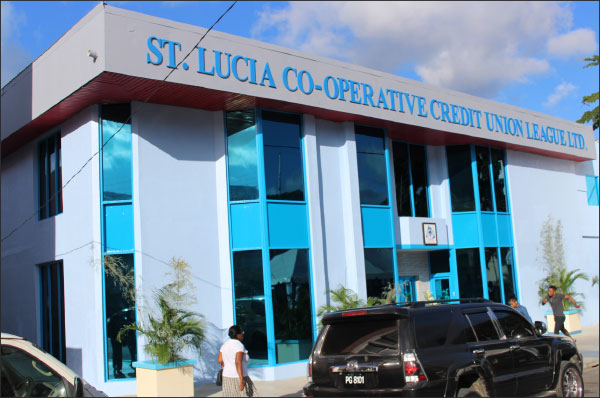 The building which was once home to the Canadian Imperial Bank of Commerce in the William Peter Building and which was purchased by the League by just over EC$3 million was formally opened Thursday afternoon in grand style, a move which demonstrated the enormous growth of the credit union movement in the country.

The purchase of the building by the 16 credit unions making up the League is a powerful statement of their financial power and that of their 91,000 members. It also, is an equivocal statement about the high level of penetration of the credit union movement in St. Lucia, which is now at an all-time high of 77.5 percent.

The building also speaks of the visionary leadership of the movement over the years and its programme of financial literacy to its members.

Boasting a consolidated asset base in excess of EC$672, million credit unions on the island have become a financial force to be reckoned with.