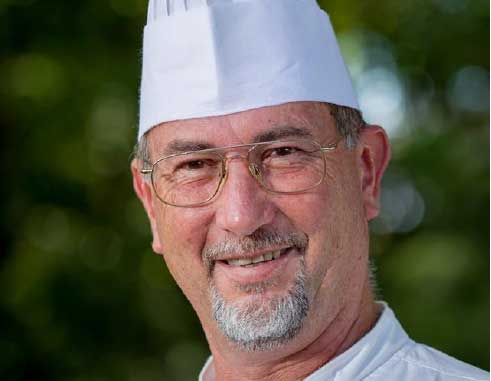 THE Landings Resort and Spa has announced the latest addition to its world class culinary team, Chef Bill Munn.

As a 30-year culinary veteran, Chef Bill brings a well-seasoned repertoire to the Landings team taking up the Executive Chef position this summer. Guests at Wednesday night’s corporate mixer were able to enjoy an amazing array of hors d’eouvres prepared by the new resident chef and his team.

“Words can hardly describe how elated we are to have such a culinary titan lead our team,’ expressed General Manager Wilbert Mason,” Chef Bill possesses not only an impressive resume, but a great mix of creativity and foresight, already inspiring our small team and providing fresh, healthy creations for our guests at the Landings”.

Chef Bill is a professionally trained chef graduating top of his class at the British Columbia Institute of Technology in 1988. His experience spans over decades serving up delicious creations in high end kitchens around the world. Starting his illustrious career in Pan Pacific Hotel in Vancouver, he then made his way to Vanuatu in South Pacific in search of a new experience. Falling in love with the warm climate and warmer folk, he continued his career in the role of Executive Sous Chef at Le Lagon, followed by a 5-year stint as the Executive Chef at Palau Pacific Resort. After a rewarding 7 years in neighbouring island of Yap as the Executive Chef and Food and Beverage Manager, he headed to the Caribbean. By 2005, Chef Bill had travelled the globe and arrived in Saint Lucia where he worked in 5 star resorts perfecting his craft with an added Caribbean flair.

“I am looking forward to this new and exciting chapter in my culinary diary,’ adds Chef Bill Munn. “There is a lot of talent at the The Landings and I am excited to not only create delicious food, but share my worldly experiences with the amazing team provid healthy options on the menu”.

Now at The Landings, Chef Bill has also revived the Friday Night Chill’n Grill after work lime with a new healthier menu and also added a new line of dishes aimed at weight lost for the spa, gym and tennis members which is open to all.