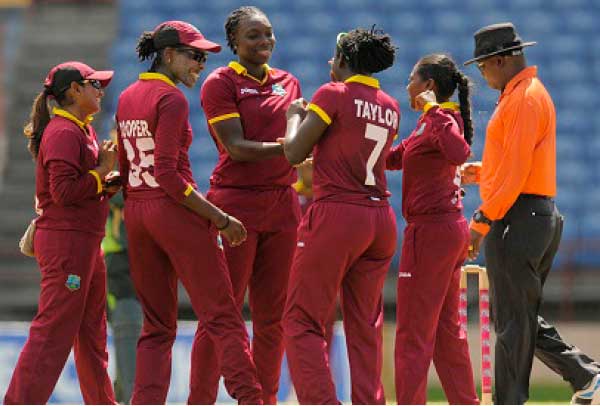 A solid half century opening partnership between Hayley Matthews and Captain Stafanie Taylor laid the foundation for West Indies 139 for four in 20 overs after they won the toss and elected to bat.

Their bowlers then suppressed the Indian run chase, restricting them to 124 for three in 20 overs despite a fighting unbeaten half century stand between Veda Krishnamurthy and Harmanpreet Kaur.

Matthews and Taylor powered the early part in the innings for the visitors by adding 61 runs for the first wicket in 6.4 overs.

Matthews dominated the partnership with a 22-ball 47 that included seven fours and one six before she was caught behind.

Taylor batted throughout the innings to finish not out on 44 and picking up four boundaries in the process.

The hosts suffered an early setback when opener VellaswamyVanitha was run out by Taylor without scoring of the first ball of the innings.

Their innings plunged into further chaos when they lost another two wickets and stumbled to 32 for three.

DeandraDottin and Matthews picked up a wicket each for West Indies to contain India, who fell 15 runs short with seven wickets intact.