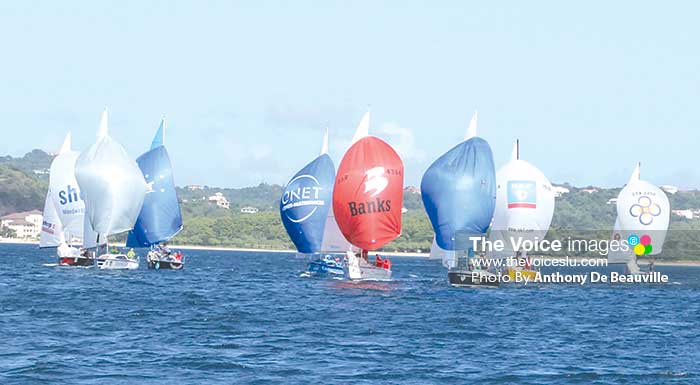 THE countdown is on for what is expected to be a fierce competition of racing scheduled to start today from 9:00 a.m. as the Digicel Mango Bowl Regatta sets sail.

A combined 25 boats from Grenada, Trinidad and Tobago, Barbados, Martinique and host Saint Lucia will be at the starting line just off Rodney Bay.

With the likes of competing J24s “Aurora Rose”, “Die Hard” and “Grayling” in the mix and last year’s winner, “Attitude”, captained by Fredrick Sweeny missing in action as he is competing in the Atlantic Rally for Cruisers, this year’s competition appears to be wide open.

One thing’s for certain, though: based on the previous performances the likes of “Digilife”, “Kreyol Sandwich BipBip” and “La Morrigane” from Martinique, similar in size to the J24s, are expected to bring some additional thrilling flavour to this year’s regatta again.

Main sponsors Digicel (gold), Dive Saint Lucia (silver) and IGY Rodney Bay Marina and Body Holiday Sailing Club (bronze) have shown their commitment at every stage of planning for the success of this year’s regatta.

Like previous years, the public is invited to board the Regatta Spectator Boat tomorrow, through the kind courtesy of the Moorings in Marigot Bay. The boat will leave the IGY Rodney Bay Marina at 9:30 a.m. and those wishing to stay on land can view the excitement from the yacth club.