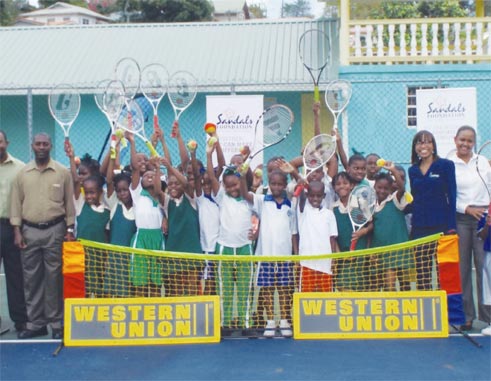 THE National Reparations Committee (NRC) is undertaking a series of school-based lectures and discussions ahead of a planned youth rally and relay this month-end, as part of its mandate to take the Reparations message to the nation.

A government-appointed committee to pursue Saint Lucia’s implementation of CARICOM’s quest for Reparations for Slavery and Native Genocide, the NRC is working with the Ministry of Education and other government ministries and departments to host the 2016 CARICOM Reparations Baton Relay and Youth Rally.

Each member-state of CARICOM is required to host a relay and rally and Saint Lucia’s turn will be on October 29, as part of Creole Heritage Month.

Following appeals by several principals and student bodies, the NRC sought and got permission to host the lectures, debates and discussions at the island’s schools on the subject of Reparations.

The lectures and discussions, due to start October 4, will also be a preview to the October 29 relay and rally, but are also expected to continue as the NRC continues its public education exercise with similar visits to communities at the invitation of community groups.

The lectures and discussions are expected to stimulate interest and discussion among and between students and schools, but the teachers and principals are also expected to attend and gain from the various sessions.

Permission has been granted by the Department of Education, Innovation and Gender Relations and the NRC’s Coordinator is Priest Kailash Kay Leonce.

Several schools have registered for the lectures to take place during the month of October, mainly in the North of the island.

All secondary schools have been officially informed by the ministry and schools and principals interested in hosting Reparations discussions are asked to contact the coordinator, Priest Kailash Kay Leonce at the following numbers and email address: (758) 722 3660 or k_leonce@hotmail.com or at slunrc@gmail.com