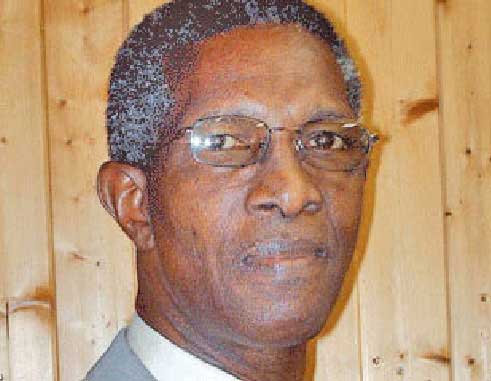 Concerns Being Raised Ahead of Referendum.

ST. GEORGE’S, Grenada, Oct 12, CMC – Two weeks before Grenadians vote in a referendum to change the island’s Constitution, a debate has started here as to whether or not the Rights and Freedom Bill – one of seven- to be voted on during the October 27 referendum- is creating a loophole to legalise gay marriage.

The Constitution Reform Advisory Committee (CRAC) is promoting the legislation as elevating the fundamental rights and freedom of citizens but some sections of the religious community view it as creating a loophole to legalise gay marriages.

But human rights attorney, Ritchie Maitland, is of the view that the proposed amendments in the Rights and Freedom Bill is seeking to strengthen the human rights protections which people currently enjoy and will not bring any special rights to persons who are labelled as Lesbians, Gays, Bisexual, Transgender and Intersex (LBGTI)..

“To answer the question, the reach is that the proposals seek to recognize and protect the equality of women with men; no more, no less.

“There is nothing in the sections which can be used to win rights for LGBTI people, which is even further precluded by the limited definitions of ‘gender’ and ‘gender equality’ in the section,” said Maitland.

Stressing that the proposed amendments introduce measures to recognize and protect the equality of women with men, Maitland said that the first thing to note is that the amendment is careful to define the key terms in ways which prevent the provisions from being used to extend rights to homosexuals.

“‘Gender’ is defined as “the range of characteristics pertaining to, and differentiating between, male and female” while gender equality “reflects the view that men and women should receive equal treatment and should not be discriminated against based on gender”.

Maitland said in other words, “gender’ does not refer to gender identity or sexual orientation and gender equality does not mean anything other than equality between men and women”.

In an article entitled “The sky isn’t Falling” and published online, Maitland explained that the drafters of the bill were keen to ensure that the sections can’t be used to win rights for LGBT people.

“Perhaps they anticipated and tried to pre-empt the kind of self-righteous panic that still came, despite their efforts,” he wrote.

Representatives from a number of churches here have started to openly campaign for the voting population to reject the legislation insisting that it will pave the way to legalising same sex unions.

The bill needs a two-thirds majority of the votes cast in the referendum to become law here.

“However as described in the Bill, male is male and female is female based upon their respective characteristics. It is purely in the context of the male and female binary with which the Bill is involved. The Bill therefore promotes equal treatment for these persons in all spheres of life,” he said.

He disagrees with attorney Claudette Joseph, who is of the opinion that the Rights and Freedom Bill will create the loophole for gay marriage.

“Ms. Joseph avers that the term “range of characteristics pertaining to and differentiating between male and female” leaves this loophole for regularizing gay rights and same sex marriage. This argument is seriously flawed and may be intentional in order to “kill the bill”, said Dr. Joseph.

“It is most ironical and disappointing that attorney at law Ms Claudette Joseph, as a woman, has been heard to deconstruct the Gender Equality section of the Rights Bill to infer that there may be a loophole to promote same sex marriage. It is even more ironical that Ms. Joseph was a member of the Drafting Committee of the Constitution Reform Advisory Committee which was responsible for the initial drafting of all the Referendum Bills,” Dr Joseph wrote in an article also published on line.

Ms Joseph has not yet responded to the statements made by Dr. Joseph, but Attorney General Cajeton Hood said that the amendment does not seek to nor give any loophole or any extra power or any extra right that was not there before to any special individual or group.

Speaking on the Marriage Act, Hood said that the though there is no definition for marriage it clearly says that marriage in Grenada shall be between a male and a female.

The Bill promotes fundamental rights and freedoms, protection for children which also allows them to have public funded education, protection for persons with disabilities, gender equality, the constitutional right to Vote, Religious liberty, Constitutional Right to enjoy intellectual property amongst others.